The global economy just got a $1 trillion infusion from Japan 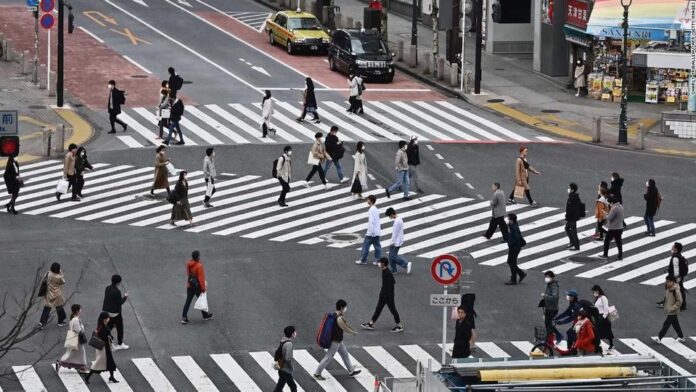 HONG KONG: Japan is committing nearly $1 trillion to try to protect its economy from the fallout from the coronavirus pandemic.

Japanese Prime Minister Shinzo Abe on Monday announced a 108 trillion yen ($989 billion) relief package — a staggering amount equivalent to about 20% of the annual output of the world’s third biggest economy.

It includes tens of billions of dollars in cash handouts for families and small business owners who have lost their incomes because of the virus. The package also features tax breaks and zero-interest loans.

Abe is expected to give more information at a press conference in Tokyo on Tuesday.
Japan is the latest country to unleash a massive amount of government spending aimed at helping households and businesses cope with the sudden shock to the global economy as countries go into lockdown.
The United States last month passed a $2 trillion stimulus bill, the largest emergency aid package in history. Germany, France, the United Kingdom, Italy, Spain and other major economies have also announced huge spending plans.
The flood of stimulus comes as the number of coronavirus cases continues to mount. So far more than 1.27 million people worldwide have been infected, while 69,000 people have died, according to Johns Hopkins University. Japan has recorded more than 3,600 cases and 85 deaths.
Recent unemployment, industrial production and retail sales data have suggested that Japan’s economy was showing signs of resilience as the virus ripped through Asia in February, noted Tom Learmouth, Japan economist at Capital Economics. But “there is no doubt that coronavirus disruption will deal a severe economic blow over coming months,” he said in a research note on Friday.
Infections have accelerated in major cities such as Tokyo and Osaka, he said, adding that concerns about a “second wave” of the virus has led residents to stay home and shops to close.
Abe also announced that he would declare a state of emergency on Tuesday, lasting for about one month — a notable development, as the prime minister had declined to do so as recently as last week.
While Tokyo’s governor has urged the city’s 13.5 million residents to telework where possible until April 12, many workers have continued to commute into their offices. About 80pc of companies in the country do not have the ability to let their employees work remotely, according to 2019 government data, and Japan’s work culture makes it hard to persuade people to stay home.
- Advertisement -
Facebook
Twitter
Linkedin
WhatsApp
Email
Previous articleTractor industry faces closure amid lockdowns; PM’s intervention sought
Next articleVegetable exports surge 71pc to $236m