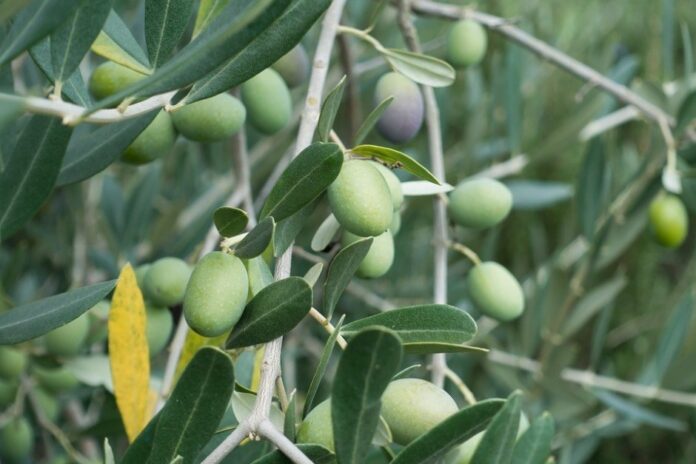 PESHAWAR: Khyber Pakhtunkhwa (KP) Department of Agriculture Research is pursuing an ambitious plan to increase olive production in the province and its tribal districts in collaboration with the federal government.

In this regard, the Agricultural Research Centre, Peshawar, is organising various training and awareness campaigns to inform the farmers about the importance of olive trees.

Agriculture officials said that KP has between 600,000 hectares and 700,000 hectares of land suitable for olive cultivation and can save $3.6 billion which Pakistan spends on the import of olive oil every year. If the area is brought under cultivation, Pakistan will be in a position to export olive oil, officials added.

After petroleum, Pakistan spent Rs225.69 billion every year on import of edible oil, including soybean, palm oil and others. According to sources, the department has started work on plantation of millions of olive trees during the next five years.

The suitable land in the province is currently barren, therefore, it will not affect the production of any other crop. Project Director Ahmed Syed told Pakistan Today that demand for olive cultivation in KP is on the rise. He said that in the past, there were no buyers for the olives in the province but now the olives are being purchased from farmers at Rs100 to Rs120 per kg. Currently, the crop is being cultivated in Dir, Swat, Abbottabad and Nowshera, which can bring us 6,000 litres of olive oil, he added.

Ahmed said that if olives are cultivated on 50 per cent of 600,000 hectares of land with the help of technical staff and better management, then Pakistan will be in a position to export it. In order to increase the production of olive cultivation in the province, the agriculture experts deployed at districts levels should give the responsibility of better care and management of olive cultivation at the local level because better management will not only increase production but also create jobs at the local level as well as increase government revenue, he added.

He also said that they had to survey 1,680 acres of land for new olive cultivation, which was delayed due to the coronavirus outbreak. The survey will now be conducted next year along with training for landowners through an awareness campaign on olive cultivation, he added.

Ahmad further said that earlier there was not much research on olives due to which the local farmers are not able to cultivate this crop. “The Department of Agriculture is conducting regular research to determine the type of olives to be grown in a particular area. The technical staff is helping the farmers in better management of olive cultivation such as spraying, fertilizing and watering and timely harvesting due to which the productivity has also increased,” he added.

Sources said that 50 per cent of the tribal districts including Bajaur, Kurram, North and South Waziristan are suitable for olive cultivation. They said that under the Public Sector Development Programme (PSDP), the farmers in these districts are helped in planting the olive crop.

Officials said that the cultivation of olives in these areas will not only protect the environment but also create many employment opportunities for the people at the local level in these areas as well as other districts of the province including Nowshera, Mardan, Swat, Peshawar as well as the southern districts.

Olive trees can be grown on any type of soil where adequate amount of water is available. The acidity of the soil should be between 5.5 and 8.5. Since the olive roots do not go deep into the soil, it can be cultivated successfully but the water supply should be better. Olive trees can be planted in spring (mid-February to March) and immediately after the monsoon.

Salahuddin, an olive grower from Nowshera district, told Pakistan Today that he had planted olives on 43 acres, from which has already acquired the third commercial crop. He said that initially, there was a decline in production due to lack of experience but now with better management and advice from the agriculture research centre, his fields’ production has increased.

He said that at present, he as 7,000 olive trees, which are producing an average 25 kg of olives per tree and can produce three to four thousand litres of oil annually. Currently, most of KP districts have suitable land for olive cultivation. “I wish I could cultivate olives on more land because olive production not only increases the country’s income and can Pakistan in export position but it will also be beneficial for farmers to get more benefits from their land,” Salahuddin added.