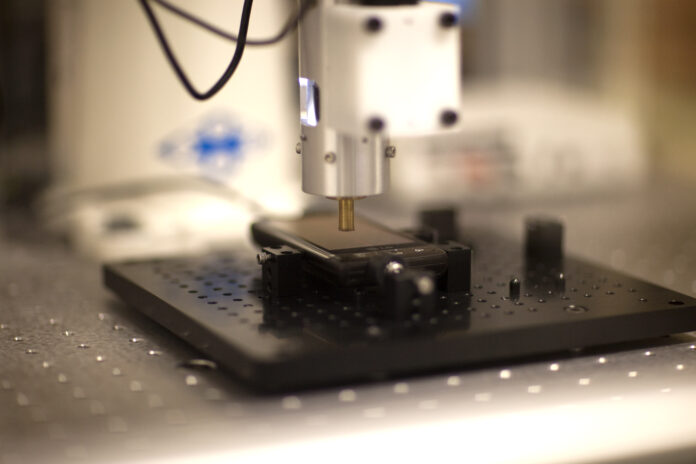 The ECC was held under the chair of Adviser to Prime Minister on Finance and Revenue Dr Abdul Hafeez Shaikh.

The meeting was earlier informed that under the Mobile Device Manufacturing Policy, parts of mobile phone handsets would be used for the entire range of handsets produced in Pakistan instead of limited to a particular model.

The officials said that the policy would also have a positive impact on allied industries, including packaging, adding that the expected arrival of high-end brands would give local industry an opportunity to become part of the global value chain.

In addition, setting up of research & development centres and an ecosystem for software application have also been visualised under the policy.

The ECC discussed various recommendations proposed as part of the policy and approved the measures which included removal of regulatory duty on completely knocked down/semi knocked down (CKD/SKD) manufacturing by PTA-approved manufactures.

The removal of fixed sales tax on CKD/SKD manufacturing of mobile devices was also approved on the occasion.

According to the draft policy, PTA shall allow activation of handsets manufacturing in the country, under import authorization by Input/Output Co-Efficient Organization (IOCO), in CKS/SKD kit (8517.1211) and not under HS Code 8517.7000 i.e. parts. This will eliminate misdeclaration in parts category at the import stage.

Activation of completely built units (CBUs) imported through notified routes after payment of all levied duties and taxes as fixed by government from time to time shall continue till further amendment.

In up to $30 category, words “except smart phones” to be inserted for CBU imports under 8517.1219 to avoid misdeclaration.

R&D allowance of three per cent to be given to local manufactures for the export of mobile phones. Locally assembled/manufactured phones to be exempted from four per cent withholding tax on domestic sales.

The government shall commit to maintaining tariff differential between CBU imports and CKS/SKD manufacturing till the expiry of the policy, while local industry shall ensure localization of parts and components as per roadmap included in draft policy.

The Engineering Development Board would act as the Secretariat of Mobile Phone Manufacturing Policy and ensure development of allied parts, components and devices.

Meanwhile, the ECC also considered a proposal brought forward by the Ministry of National Food Security and Research for an intervention price for cotton 2020-21 crop by rationalising earlier proposals after fresh consultation with the stakeholders.

The members of the ECC had an in-depth discussion on the matter and maintained that effective and sustained support to the cotton growers was vital and necessary due to the importance of cotton for the local as well as export industry. However, such a support should be extended in the form of direct targeted subsidy to the formers.

The ECC directed the Ministry of National Food Security and Research to bring proposals for promotion of R&D and to improve seed quality and yield per acre.

The committee decided that since the matter was not federal in nature, a mechanism should also be adopted by the ministry to engage with the provincial governments, particularly Punjab, at the higher government level to introduce some intervention with regard to ensuring better price to the cotton growers.