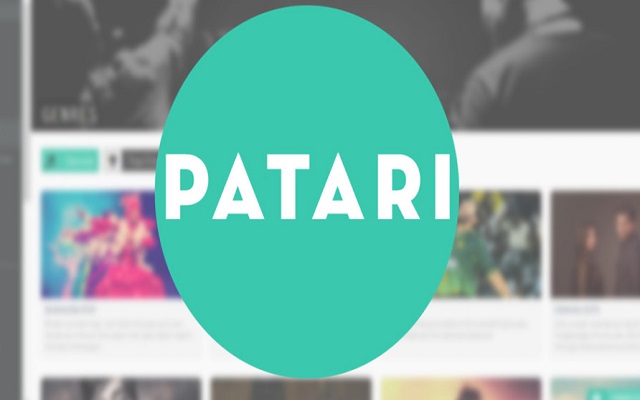 Before joining as the chief executive, Zarlasht was serving as a member of the governing board at Patari.

Though the company has not made any official announcement, Zarlasht, in a tweet on May 19, announced that she was taking over as the CEO. While the announcement came this month, Zarlasht confirmed to Profit that she had actually taken over as the CEO on March 30 after going through a recruitment process that was initiated in January.

So;some big news to share. A personal goal I set for myself at the beginning of the year when Patari’s search for a CEO was announced, I decided to apply to @patarimusic. I’ve been a member of the board since last year, but I don’t think anyone expected me to apply! pic.twitter.com/6nzjM8vLrU

Founded in 2015, Patari got sucked into a vortex of controversies in 2018 when the company’s then CEO Khalid Bajwa was asked to step down following sexual harassment allegations. Following Bajwa’s resignation, Ahmer Naqvi was appointed as interim CEO, who subsequently resigned after it surfaced that Khalid Bajwa, though he had announced his resignation, was still involved in affairs of the company.

“It is a company where we can no longer work freely under the values that brought us to it – and which are now under threat,” Naqvi had said in a statement while resigning as the interim CEO of the company along with six other members of the team.

Thereafter, Rabeel Warraich, the CEO of venture capital firm Sarmayacar and an investor in Patari, took over as the interim CEO of the music streaming platform.

There has, however, been a controversy again for Patari after Zarlasht’s appointment as the CEO as people on social media have raised questions about the merit of appointment and allegations of nepotism in the recruitment process. It has been alleged that Zarlasht got the top position because of her father Faisal Sherjan’s clout in Patari as he had co-founded and invested in the company.

Becoming CEO of a company funded by your dad isn’t exactly a life goal you know.

Sad to see new age companies following nepotism, condoning harassment and trivialising hard work that others usually put in (and generally don’t get anywhere because papa is not the investor). Downfall of @patarimusic starts now.

However, Rabeel Warraich, in conversation with Profit, shunned allegations of nepotism and asserted that the process of recruitment was completely transparent, and that Zarlasht was selected after a rigorous process on merit.

“The recruitment was initiated in January 2020. There were interviews and in-person meetings which all led to shortlisting of four candidates. These four candidates were again re-evaluated to choose the CEO from them,” said Rabeel.

He clarified that the newly appointed CEO was dissociated from the board before she could be eligible to apply as the chief executive.

“The search process consisted of other board members. Members of the original founding team [that included Faisal Sherjan] were also not part of the recruitment process. We had constituted a search board comprising two investors and one independent board member to carry the process forward,” Rabeel elaborated.

“Faisal Sherjan is not actually involved with the business and neither did he have any input in the selection process. In fact, the basis of selection was what Zarlasht had achieved. People on social media are alleging that she does not have experience but she had actually led a startup before. She continues to have entrepreneurial ventures where she has proven herself and she clearly has the passion for the business which is beyond what we clearly saw in other candidates,” he added.

While some social media users criticised her appointment, some users stepped up and endorsed her as the CEO.

Been following youe journey in building your fashion brand. I’m sure the experience will help you a great deal in making Patari big and great. Good luck and congrats!!

WHAT’S AHEAD FOR PATARI?

While things had started rolling south for Patari in 2018 after the Khalid Bajwa episode and all the negative PR that ensued, in terms of finances, the company was relying on a business model that included paid partnerships and sponsored content, besides a subscription-based model for international users – something that was doubted to sustain company’s finances in the long run. That turned out to be true when reports surfaced that the artists Patari had partnered with to generate content on the platform were not getting royalties.

Now as Zarlasht takes charge of the company and shows ambition to put Patari back on the path to monetisation, she plans to do so by taking the platform to the end users. “We will be doing a push on user growth as well once we make some crucial fixes in the product. And the time has come where people have a mindset towards making micropayments. The number of people who pay for ringback tones in Pakistan via mobile credit is just one example. So I am pretty excited to see that user growth and take Patari to a much bigger audience,” she says.

“Currently, our premium content is available on paid subscription but that is only for international users. For our users in Pakistan, it is completely free. So we are planning to launch a subscription model for our Pakistani users as well. And besides subscriptions, we are also planning to run digital ads on the platform as a revenue stream. So we will be making money from that even if we do not get any subscribers. We are also evaluating audio ads as a revenue stream on the platform,” she told Profit.

“I think the potential of a product like Patari is every smartphone in Pakistan. It’s audio, music, poetry, literature, podcasts,” Zarlasht said, adding that part of her plan is to introduce a version of the app in local languages.

“There is a lot that we want to do and we are very excited about. But we will take it on steadily,” she said.