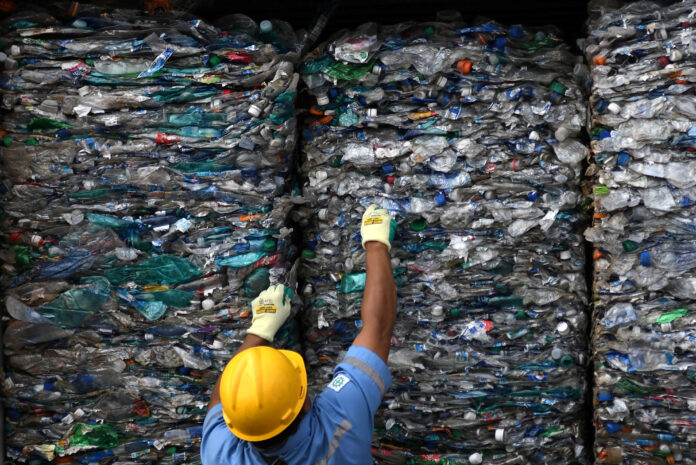 ISLAMABAD: Plastic waste imports into Pakistan have continued to show phenomenal growth in the first four months of this year, with around 65,000 metric tonnes shipped to the country.

As per documents, the country’s plastic waste imports had climbed by 30pc to 47,000 metric tonnes in 2018, as against 36,000 tonnes in 2017. These year-on-year incremental volumes suggest that Pakistan has become a dumping ground for global hazardous waste shipments, which are non-compliant with Basel Convention requirements and has put the country at a high risk of environmental and health disaster.

Pakistan imports plastic waste including hospital wastage, sewerage pipes and other hazardous materials, mainly from the UK, Belgium, Canada, Germany and Saudi Arabia. These imports are made in the form of powder, granules and flakes.

At a time when countries across the globe are banning imports of plastic scrap, Pakistan is one of the few nations that is welcoming such shipments.

In January 2018, China had put into effect an import ban on waste plastics as part of its efforts to clean the environment and improve the health of people. Prior to this ban, China had been handling nearly half of the world’s recyclable waste for 25 years.

In recent years, other regional countries, including India, Thailand, Vietnam and Malaysia, have followed China and either totally banned plastic scrap imports or introduced new restrictions to protect the environment and health of their citizens.

Unfortunately, Pakistan has turned a blind eye to its responsibilities and commitments under the Basel Convention and has continued to adopt a lenient regulatory framework that allows the imports of contaminated plastic waste. These imports are being made through formal entry points in violation of the Import Policy Order conditions and provisions of the Basel Convention.

According to sources, plastic waste shipments are being cleared into Pakistan without valid documents, pre-shipment inspection certificates from exporting countries as defined in the Basel Convention. Further, the adhoc issuance of environmental certificates without undergoing due diligence is also facilitating these imports.

In the current global pandemic, there is a heightened risk that Covid-19 plastic waste will be destined for Pakistan as other Asian countries have already imposed a ban on the import of plastic waste. However the same is yet to be banned in Pakistan and as a result, imported plastic waste from Covid-19 affected nations of USA, UK, Germany, Italy, Saudi Arabia and the UAE, among others, will be dumped in Pakistan.

These countries are at the epicenter of Covid-19 crisis. Due to the health emergency, they are expected to generate several thousand tons of contaminated plastic waste that may be shipped to developing countries like Pakistan.