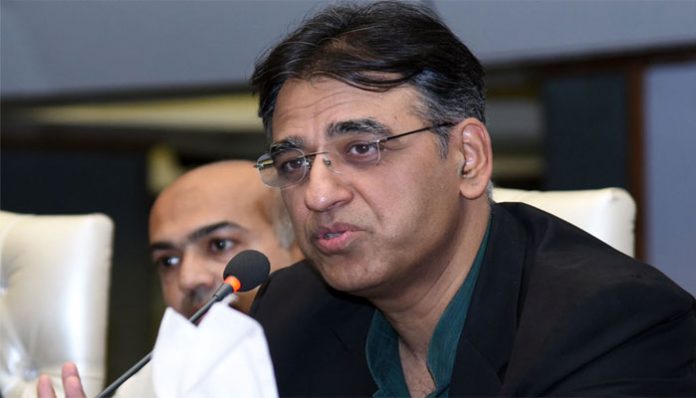 ISLAMABAD: Federal Minister for Planning and Development Asad Umar said on Thursday that he had neither faced no pressure from Prime Minister Imran Khan to make decisions regarding matters related to sugar subsidy nor the premier was pressurised to allow sugar export.

Asad Umar, while talking to ARY News programme ‘Off The Record’, said, “I am taking responsibility that the decision to export sugar had made by the Economic Coordination Committee (ECC). PM Imran Khan had not been pressurised to export sugar nor the premier had forced me to take the decision.”

“I am still favouring that sugar export should be permitted at that time. In 2018, surplus stocks of sugar up to 20 lakh tonnes had present in the country. There was no shortage of sugar when the export was permitted [by the government].”

The question was raised over the hike in sugar prices when sufficient stocks of sugar was presented in the country.’

“I was written in the law that sugarcane crushing will be started from November 30, on the other hand, mills’ owners rejected to start crushing process until their demands were not met. I am sure about it that I was not blackmailed regarding the decision for sugar exports.”

The federal minister and former finance minister, Asad Umar, said that PM Khan probed the matter related to sugar exports and the provision of subsidy which was continued for a long time in the country.

“The matters which usually discussed in the closed door meetings were brought forward before the nation,” said Umar.