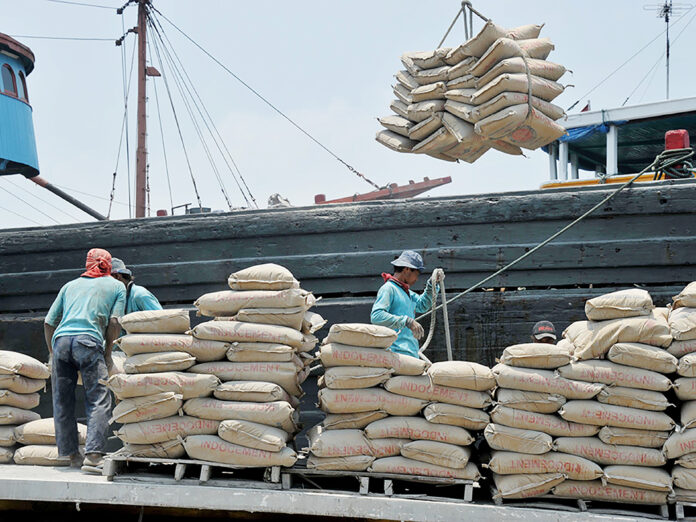 The cement sector in Pakistan has had its rough spots, but one could always look at the last decade and say, here is an industry that has done relatively well. Total net earnings climbed from well below Rs5 billion, in 2011, to Rs40 billion in 2016 at its peak, before falling to around Rs22 billion in 2019. Even then in 2019, there had been trends of positive pricing outlook, demand holding up in choppy times, and macro-rebalancing. In short, things were looking up.

Jawad Shamim, an analyst at EFG Hermes, does not mince words. In a note issued to clients on June 30, Shamim dubbed the final quarter of the fiscal year 2020 just ‘awful’ (In fact, he would reach for the words ‘awful’ and ‘dire’ a fair bit when commenting on the cement sector). Industry losses in 2020 are predicted to be around Rs7 billion. Of the seven companies listed in the analyst report – Lucky Cement, D.G. Khan Cement, Maple Leaf, Kohat Cement, Pioneer Cement, Fauji Cement, and Cherat Cement – only two, Fauji and Lucky, will post positive earnings.

So what happened, and what is next?

“The COVID-19 pandemic has hit the cement sector for six…This has added a new layer of uncertainty, and any estimate from here will be a moving target – contingent upon the curtailment of the outbreak,” noted Shamim. He added construction activity had been curtailed but also shrinking disposable income.

The pandemic’s impact is so severe, that Shamim revised his expectations for 2021 downwards by 40%. Initially, industry earnings for 2021 were expected at Rs21 billion – they are now hovering in the Rs13 billion range. This figure is expected to climb to Rs 20 billion in 2022, and to Rs45 billion by 2025.

Still, 2021 is technically what one would call a recovery year, even if the earnings are less than expected. In particular, Shamim believes that even if the first quarter of 2021 is weak, by the nine-month mark, it should have recovered.

There are four reasons for this. The first is that the expansionary cycle is now well behind the sector, which means that it should be more confident in pricing its cement. “Even if the recent FED cut is passed on to consumers, we expect it will be gradually reversed,” notes Shamim.

Second is that costs for the sector have more or less peaked. Coal prices, for instance, remain weak due to the pandemic. Besides, the sector had made some initial investments in power plants, which reduced their dependence on electricity grids – which is coming in handy right about now.

Third, there has been a 625 basis point cut in interest rates, since March 2020, the latest cut of 100 basis points happening on June 26. This will be reflected in income statements for the next year.

And fourth and last, dispatches will show some modest growth. That is because, even in the worst quarter of the decade, (aka, the last quarter of 2020), dispatches remained ok, helped by the interest rate cuts and base demand. If dispatches can survive this quarter, so the thinking goes, then there is every reason to expect it to go up in the coming months.

Now about those interest rates. The cut had had some interesting ramifications (much more so than the recently announced government construction package, which is considered basically irrelevant). First, it’s important to note that the cement sector is actually very sensitive to interest rates, more so than perhaps other industries. As Shamim points out, most cement players have ‘geared-up’ balance sheets, which means that interest rate cuts are particularly significant in terms of impact on profitability.  Shamim takes the view that it will be very important to watch the interest rate space, as any further aggressive cut would alter the report’s current assumptions and thesis.

But one also cannot give too much importance to the interest rate. The recent cuts have meant that there is increased interest in the sector, and cement companies are performing very well on the exchange. This is flawed thinking, even taking into account the cuts and mild recovery of 2021.  “We believe that the market has overvalued “problem-child” stocks – we think their recent share price strength is a bubble and probably will burst,” said Shamim.

Instead, one needs to look at balance sheets. “Ultimately, poor cash generation will lead to an accumulation of short-term loans, and thus higher finance costs regardless of interest rate cuts,” says Shamim.

EFG Hermes position on cement companies is as follows: sell Cherat, Fauji and Pioneer. Cherat suffers from high debt and Pioneer has weak earnings. Meanwhile, Fauji, though on the surface seems like a strong contender, in fact, depicts a lack of expansion, and has underinvested in power plants.

The house is neutral on Kohat and DG Khan, though for very different reasons.  Kohat is fast-growing, and has low debt, but has dodgy valuation – hence, the neutral stance. Meanwhile, DG Khan, has historically had poor earnings, and will likely continue to do so.

The two winners in all of this are Lucky Cement and Maple Leaf.  For the former, Shamim pointed out the company’s robust earnings growth outlook, stronger franchise, and balance sheet: the strongest among its peers. The latter has strong efficiency in its power plants, strong fundamentals, and ability to ride out the recovery cycle. Plus, it is relatively cheap to buy right now.