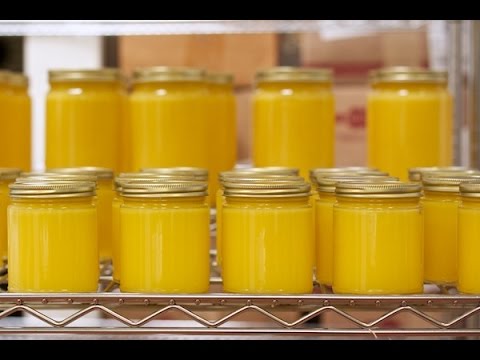 LAHORE: The Lahore High Court suspended operation of a notification issued by the Punjab Food Authority (PFA), which envisaged a ban on production and sale of vegetable ghee (Banaspati) in the province from Aug 1, 2020, a national daily reported.

Justice Atir Mehmood passed the stay order on Thursday, on a joint petition filed by 21 ghee mills from across the country. Representing the petitioners, Barrister Abuzar Salman Khan Niazi argued that the ban was in violation of Article 151, 143, 142 read with entry 27 of federal legislative list of the Constitution. He said the ban also violated the right to lawful trade guaranteed under article 18 of the Constitution.

He contended that only Pakistan Standards and Quality Control Authority (PSQCA) [the federal government] could regulate business of food standards and certifications in the country and not the provincial government.

The counsel pointed out that the petitioners and mills possessed the license granted by the PSQCA to manufacture, market, sell, process and stock banaspati. He said that having a license from the PSQCA meant to use ‘Pakistan Standard and Quality Mark’ in relation to any article, product or process which conforms to the relevant quality standards.

Barrister Niazi further argued that the standards prescribed by the PFA could not regulate food products manufactured in the province for the purposes of export. He said the PFA had no affiliations with international standardisation bodies, which was imperative for its standards to be recognised at international level, particularly for export purposes.

He stated that the respondent authority was the provincial body, therefore, it could not possibly extend its authority to products that were traded across Pakistan’s provincial and national borders. The acts of the PFA were contrary to the scheme of the Constitution and prescribing quality standards for goods, which were exported, was the jurisdiction of the parliament, the counsel said adding that the impugned ban was also in violation of Pakistan’s binding international commitments under the World Trade Organization Treaty. He asked the court to set aside the impugned notification and the regulations of the PFA for being unconstitutional.

After hearing preliminary arguments, Justice Mehmood suspended the impugned notification and also restrained the PFA from taking any coercive action against the petitioners.