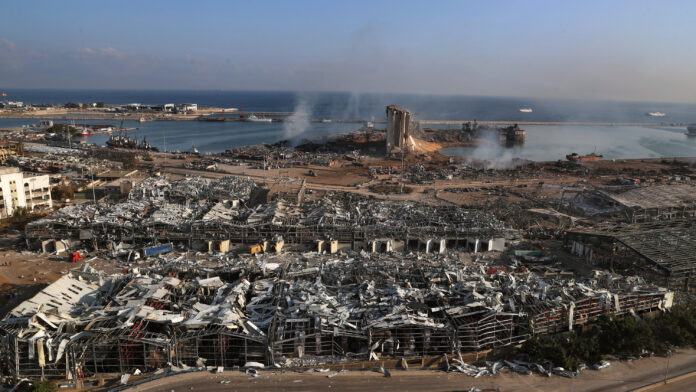 ISLAMABAD: Pakistan on Friday donated eight tonnes of relief assistance comprising medicines and food to Lebanon as a token of solidarity for the victims of blasts that took place in Beirut on August 4.

Foreign Minister Shah Mahmood Qureshi, in a telephonic conversation with his Lebanese counterpart Charbel Wehbe, conveyed deep sorrow and grief of the government and people of Pakistan over the loss of precious lives, injuries to thousands, and extensive material damage, caused by the explosions, a Foreign Office (FO) press release said.

He told the Lebanese foreign minister that the relief assistance would be delivered by Friday evening sent by the government of Pakistan as a token of solidarity.

The foreign minister said that Prime Minister Imran Khan and President Arif Alvi had already conveyed profound sympathies and condolences to the Lebanese leadership over the tragedy.

He underscored that, at that difficult time, the Pakistani nation stood in strong support and solidarity with the brotherly Lebanese people.

Appreciating the Lebanese people’s resilience, the foreign minister expressed full confidence that they would grapple with the challenging situation with their characteristic strength.

Lebanese FM Wehbe expressed his gratitude to the government and people of Pakistan for their sympathies and solidarity.

The two foreign ministers agreed to remain in close contact.