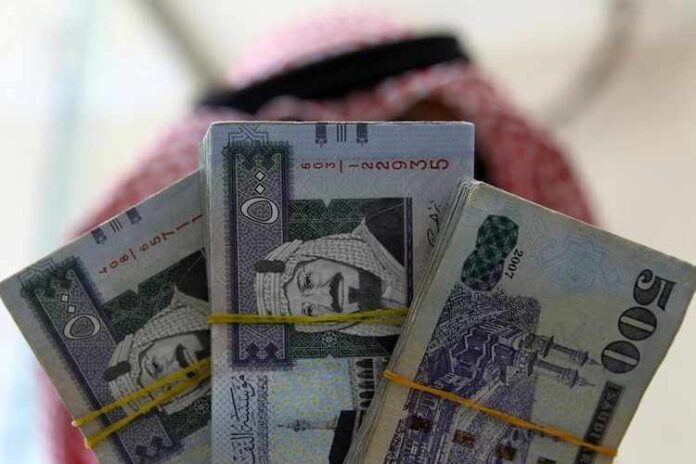 ISLAMABAD: The government has granted approval to a private company for Saudi Arabian Riyal (SAR) 22.5 million equity investments abroad and in this regard has enhanced the authorization power of the State Bank of Pakistan (SBP) to facilitate local companies invest abroad.

According to sources, the federal government has allowed a private company to transfer SAR22.5 million to Saudi Arabia in the name of investment, despite knowing the fact that an inquiry was underway against the said private company with the National Accountability Bureau (NAB).

Sources said that this private company would invest and obtain partnership in a running business in Saudi Arabia. The government has not only made this approval but also enhanced the authorization power of the SBP to allow investment up to $10 million by resident Pakistani companies, they added.

As per details, the federal cabinet’s Economic Coordination Committee (ECC), in its meeting held on 11th March 2020, had given in-principle approval to the Finance Division for SAR 22.5 million equity investment abroad by a private company, directing the division to seek a report from NAB regarding the proceedings against the private company so as to determine whether these proceedings constituted prohibition for the company’s plan to invest abroad.

Subsequently, NAB responded that although an inquiry was underway against the director/owner of this company, it does not constitute any prohibition in terms of investment abroad by the said private company.

Sources said that this matter was also brought to the information of ECC for further directions. During the ensuing discussion, Planning, Development and Special Initiatives Minister Asad Umar observed that at present, SBP was authorized to accord approval to make equity-based investment abroad by the private company up to $5 million. Beyond this limit, the cases for investment would be brought before the ECC for consideration and approval.

He said that in order to facilitate businesses, there was a dire need to revise the authorization power of SBP; investment limit in foreign countries should be allowed up to $10 million with a review after every five years.

Adviser to Prime Minister on Institutional Reforms & Austerity Dr Ishrat Husaain supported the planning minister, saying that the ECC, on his recommendations long ago, had authorized SBP to allow investment abroad by the said private company up to $5 million, adding that the limit should be revised.

“The ECC considered and approved the summary on 6th July regarding the approval for SAR22.5 million equity investment abroad by Eastern Products (Pvt) Limited Pakistan and also enhanced the authorization power of SBP to accord approval for making equity-based investment abroad by resident Pakistan companies to $10 million,” read an official document, a copy of which is available with this scribe.