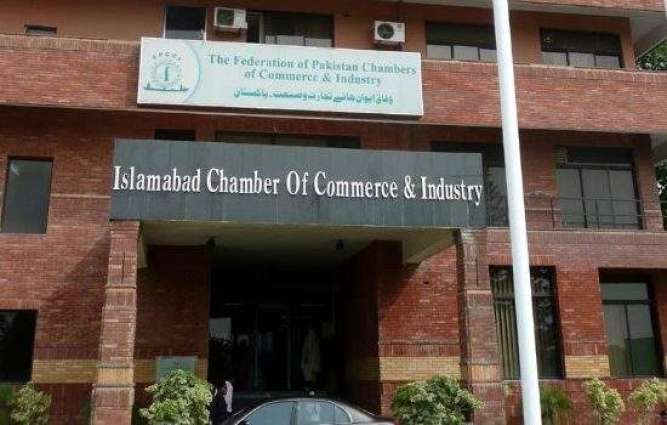 ISLAMABAD: Islamabad Chamber of Commerce and Industry (ICCI) President Muhammad Ahmed Waheed on Saturday stressed the importance of strong industry-academia linkages for commercialisation of innovative business ideas of students in order to improve economic growth of the country.

Muhammad Ahmed Waheed said that in recent times industries have been increasingly relying on technology based solutions to solve various problems. He said that universities being the hub of research and development activities should play an enhanced role in suggesting innovative solutions to problems faced by industries and the society at large.

He appreciated the efforts made by NUST for providing quality education to students in various disciplines and hoped that close collaboration between ICCI and NUST would yield beneficial results for students and the industry.

Speaking at the occasion, Lieutenant General (retired) Naweed Zaman and Admiral (retired) Dr Nassar Ikram said that universities can help in improving the productivity, efficiency and competitiveness of industry through strong academia-industry linkages.

They said that research departments of universities are conducting good research in various fields, but due to lack of coordination, local industry is not benefiting from such efforts. They urged the industry to share its problems with universities so that universities can work on finding solutions for them.

They also informed the ICCI president about initiatives taken by the NUST Office of Research, Innovation and Commercialization (ORIC) which they said is working actively in different fields of research, design, development, innovation and commercialisation.

Jawad said that weak governance, lack of commitment, corruption, external and internal threats has led to Pakistan being heavily reliant on foreign assistance.

He said that although the economic survey reveals that Pakistan’s economy is set to contract for the first time in 68 years by 0.38 per cent due to the adverse impacts of the Covid-19 pandemic, the country can still take advantage of low oil prices, and use it to reduce cost of production and strengthen the economy.

“We have to recognise the paradoxes that we face. We are proud to be a nuclear-armed country, and justifiably so, but on the other hand we are so dependent on others to keep our economy afloat. This is a huge contradiction,” said Jawad.

The BMP secretary also expressed surprise over the instability of Pakstani rupee despite an improving current account position, seeking the central bank’s intervention for stability.

“We have to draw a new strategy for effective stabilisation, rely on our existing resources, reduce the cost of expenditures, strengthen agriculture and revise the strategy of free float of the dollar,” he said.