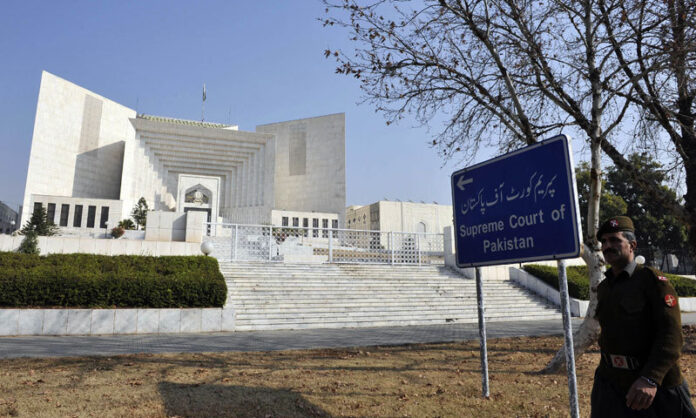 ISLAMABAD: The Supreme Court (SC) on Monday ordered the return of state land given on lease for petrol pumps in Faisalabad by the National Highway Authority (NHA).

A three-member bench of the apex court, headed by Chief Justice of Pakistan (CJP) Gulzar Ahmed, heard the case.

According to details, a petrol pump has been established on a green belt while another in an amusement park premises in Faisalabad.

A counsel informed the court that the NHA had granted state land on lease to the filling stations.

“The NHA is not above the law and it cannot grant the state land for business,” Justice Qazi Ameen, a member of the bench said. “Let some rights of the people of this country remain intact.”

CJP Gulzar noted that the NHA had allowed petrol pumps on the green belt with Rs30,000 annual rent. “How was this land for the green belt allotted for a petrol pump?” the top judge questioned, ordering the removal of all pumps established on green belts.

“The court cannot give permission for the state land to be granted at such a low price,” Justice Ijazul Ahsan remarked.

The SC sought a report from the Punjab government over the matter within four weeks.

In the previous hearing of the case, the SC had sought lease details of the petrol pumps established on state land around the Grand Trunk (GT) Road. The court had also sought details of land allotted to petrol pumps, hotels and restaurants and details of licences issued by the NHA.