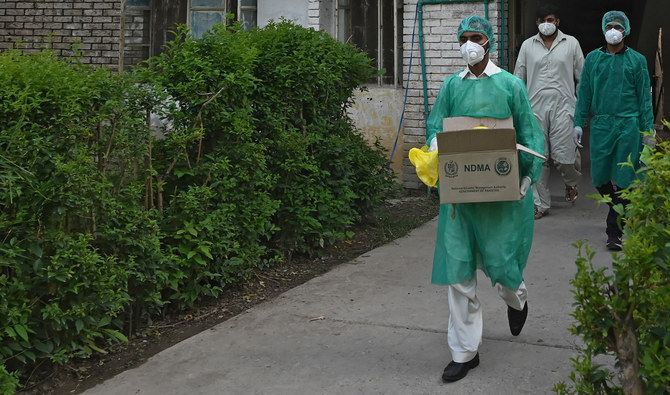 ISLAMABAD: Pakistan’s drug regulator greenlit the country’s first Phase 3 clinical trial for a potential Covid-19 vaccine, which is being developed by China’s CanSino Biologics (CanSino) and Beijing Institute of Biotechnology.

The trial is slated to begin next month, according to an official who will coordinate the exercise.

Government-run National Institute of Health (NIH) will be leading the trial for the candidate Ad5-nCoV along with pharmaceutical company AJM – the local representative of CanSino.

China has already approved the vaccine for use by its military after early and mid-stage trials, and further late-stage trials are being lined up for Mexico and Saudi Arabia.

CanSino last month said it was in talks for opportunities to launch Phase 3 trials in Saudi Arabia, Russia, Brazil and Chile.

NIH and AJM signed an agreement last month, and were awaiting clearance from the Drug Regulatory Authority of Pakistan (DRAP), which NIH says it had now received.

“DRAP has approved a target group of 10,000 participants for our clinical trial,” Hassan Abbas Zaheer, the coordinator of the trials for AJM, told Reuters via email.

The study will be conducted across major medical research centres in Pakistan, located in Karachi, Islamabad and Lahore.

Zaheer added the clinical trial will last for “some months” and the data generated in all participating countries will be collected by CanSino regularly and analysed.

Pakistan has so far registered 289,831 Covid-19 cases and 6,190 deaths, but has seen daily infection numbers slow markedly in August after peaking in June.

PESHAWAR: The Sarhad Chamber of Commerce and Industry (SCCI) has urged commercial banks to simplify the procedures to apply for a bank loan and...
Read more