The new CEO, who comes from within the bank’s existing management, will assume charge from Jan 1, 2021 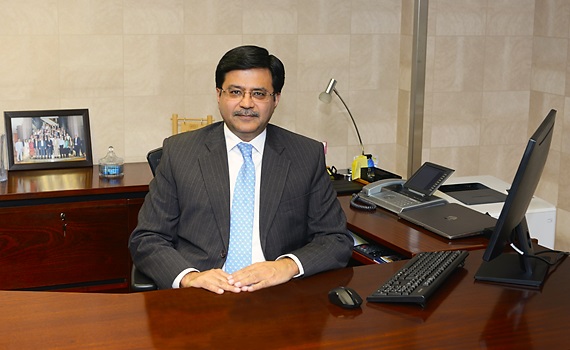 KARACHI: Allied Bank Limited (ABL) on Thursday issued a statement to the Pakistan Stock Exchange (PSX) announcing that Aizid Razzaq Gill has been appointed as the bank’s president and Chief Executive Officer (CEO).

Gill’s appointment is subject to regulatory approval from the State Bank of Pakistan (SBP).

The new CEO, who comes from within the bank’s existing management had been working as ABL’s Chief Risk Officer (CRO), a position he had held since August 2017.

Gill had joined ABL in 2005 as regional corporate head, and has also held the positions of head commercial assets, group head liabilities, head of commercial and retail risk and head of operational risk.

He will be replacing Tahir Hussein Qureshi, who had been CEO of ABL since January 2017. Qureshi will continue as the CEO until the completion of his existing term, which ends on December 31, 2020.

Qureshi had joined ABL in 2008 and served as chief of audit and risk review, chief financial officer and chief operating officer. Before joining ABL, he had held senior management positions at the Bank of Punjab, Habib Bank Limited and MCB Bank Limited.

“The Board of Directors (BoD) acknowledged the invaluable contribution of the outgoing President and CEO Tahir Hassan Qureshi for progress of the bank during his tenure,” the notice read.