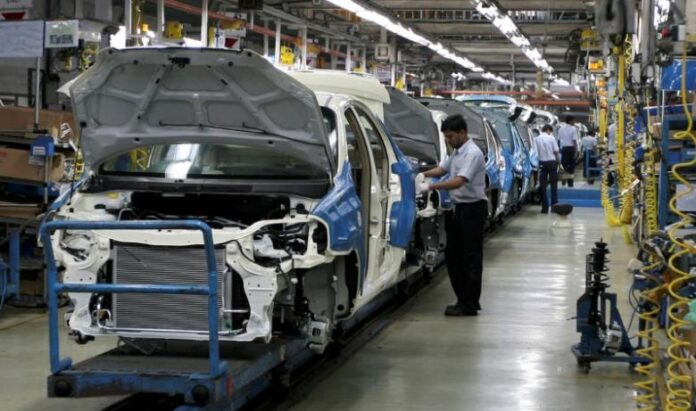 ISLAMABAD: Expressing serious concerns over the “hollow claims” of Science and Technology Minister Fawad Chaudhry regarding the introduction of the first-ever national standards for locally produced vehicles, the automotive manufacturers have termed the locally drawn standards “simply a list of international regulations, without facilities and implementing mechanism”.

In a letter to the Ministry of Industries and Production, the Pakistan Automotive Manufacturers Association (PAMA) has strongly rejected the impression given by Fawad Chaudhry in his tweets that he has framed the draft standards despite opposition from the automotive manufacturers.

“A tweet is yet again out from Minister Fawad that despite opposition, automobile standards have been formulated and shall be placed before the cabinet soon. Being the concerned party in the matter, we are aghast at the embarrassing notoriety that has been brought to the subject matter by discussing the same in the media, so often, portraying a victory against a so-called opposition. And the irony is, what is being avowed is contrary to the facts,” the PAMA letter, which was written on September 1, read.

PAMA, which represents the manufacturers of passenger cars, light and heavy commercial vehicles, two/three-wheelers and farm tractors in the country, stated that the manufacturers, in fact, have never opposed the introduction of standards and that they have rather pleaded the government to bring international standards that were promised and prescribed under the Auto Policy for all the existing and the new investors.

However, they said, the Ministry of Science and Technology (MoST), through the attached department Pakistan Standards and Quality Control Authority (PSQCA), has simply framed a list of international regulations “that are neither here nor there”, as the ministry failed to process the standards in accordance with established legal and regulatory practices.

“We are fully aware of the same, as we have always participated and protested against, in writing,” the association maintained. “Besides, PSQCA, the top government institution authorized to dispense and administer the standards, is in a dilapidated state in terms of infrastructure and manpower.”

According to PAMA, the antiquated law gives immense powers to PSQCA where whims and arbitrariness dominate; therefore, it would be suicidal for the industry to acquiesce to such an unfair arrangement.

“Yes! Please bring international standards and equip PSQCA with requisite testing facilities but deploy well-versed manpower for the real benefit to the industry and the public at large,” the letter stated.

According to the association, the regulations listed in PSQCA draft standards are already available in the Engineering Development Board’s (EDB) proposed regulations. One example being the WP29 UNR 43, which is related to safety glazing (windscreen).

“UNR 43 is already included in the proposal prepared by EDB. The windscreens being used by the industry complies with UNR as the ‘E’ mark is printed as proof of UNR acceptance. In case the same is listed again in the local standards, the industry will be charged double, once by WP29 and once by PSQCA,” the association explained.

It said since PSQCA is incapable to certify products in a way that is acceptable to WP29 member countries, the government must devise a mechanism to ensure locally manufactured vehicles adherence with international regulations as per WP29 prescribed rules under 1958 agreement.