PEL: down in revenue and earnings, but a market darling nonetheless

Stock market investors appear to be counting on the company continuing to prosper in the coming years, despite the Covid-induced hiccups in the first quarter of 2020 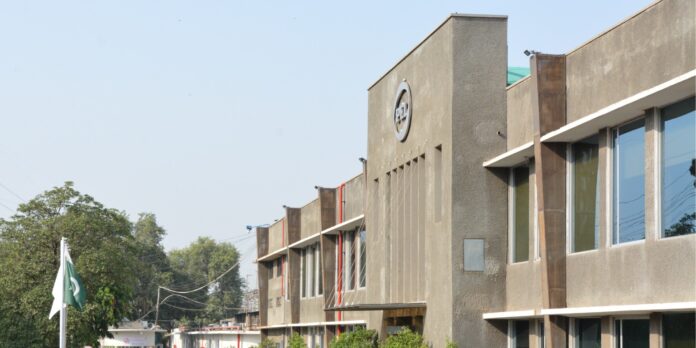 Pak Elektron has always been a company that has done reasonably well. It has the third highest market share in refrigerators in Pakistan, with its PEL brand of white goods commanding a 22% share, behind Dawlence’s 26% and Haier’s 27%. It also has the third highest share of the deep freezer market at 18%, behind Haier’s 32% and Waves 36%.

In 2020, however, the company somewhat floundered in the first half. The company reported a net loss after tax of Rs426 million, equal to Rs0.9 per share.

What happened? Ali Asghar Poonawala, research analyst at AKD Securities, an investment bank, wrote in a note issued to clients on September 8, that the company experienced a drastic loss in the first quarter of the year, recorded at Rs557 million. This was not effectively countered by the profit of Rs106 million gained in the second quarter.

The analyst also pointed out the ‘tremendous’ hike in finance cost, which rose 83% year-on-year in the first half of this year. “[This] effectively relegated the bottom-line to remain in the red,” Poonawala said.

This is despite the fact that the gross margins (defined as the portion of each rupee of revenue that the company retains as gross profit), was recorded at 22% in this half, which is an improvement from the same period last year, where it stood at 12.1%.

However, the problem was that at the same time deductions – discounts and sales tax – grew 2.1 times year-on-year. This led to growth in net sales (or gross sales minus deductions) to actually fall by 2% year-on-year.

Some of this might not necessarily be PEL’s fault per se. Consider the landscape it is operating in. During the most recent analyst briefing, PEL management discussed the company’s market shares in 2019 (highlighted in the beginning of this piece). Even though its various market shares may look impressive on the surface, in reality, those shares have barely moved between 2017 and 2019. And in the case of deep freezers, and air conditioners, market shares have actually fallen by 100 and 10 basis points, respectively. (One basis point equals one-hundredth of one percent.)

“Market sizes for these segments remaining near or below levels seen during calendar year 2017, indicative of the stagnant consumer durable demand environment at play during this period,” explains Poonawala.

This situation forces companies to have to compete to steal market share by aggressively pushing products and offering discounts, alternate supply channels, new models, and must spend generously on marketing and advertisements.

These initiatives, naturally, cost money. And it does not help that the previous two year period was also marked by intense cost-push inflation, due to the depreciation of the rupee against the dollar. This is the reason for PEL’s “weak operational performance and inability to preserve margins”. It is also what led to the appliance division to record a loss of Rs396 million in the first half of this year. The net margins stood at -2.9%, compared to the healthy 1.9% posted in the first half of last year.

This situation alone is enough to hamper any company. But to add to that, the Covid-19 pandemic upended supply chains, and affected consumer spending habits. (It turns out that during a pandemic, one often spends less on fridges and deep freezers). This is unfortunate, because the pandemic and the subsequent panic and lockdowns coincided exactly with the peak summer appliance sales.

“[Given the] relatively dampened margin profile for the first half of calendar year 2020, we constrain our earnings outlook for the firm, where weak margins (gross margins for calendar year 2020 expected at 21.1%) pull profitability close to being in the red.” says Poonawala.

Is there any bright side to this? Yes. For one, the federal government announced an incentive package for the real estate and construction industry in April 2020. Additionally, the central bank has asked commercial banks to allocate 5% of their total lending to the construction sector. Ongoing construction projects will require new equipment, and there is hope that there could be potential sales in this area. People buying new homes will likely then want to buy new refrigerators, freezers, and air conditioners to go with those new homes, or at least so the company’s management hopes.

That is a big ‘if’, though: costs still threaten to derail the company, as distribution and administrative costs rose three times year-on-year in this half due to the pandemic.

Still, PEL might still scrape by. Poonawala expects a stranger rebound in earnings come the calendar year 2021, as synergies with Panasonic, and spending on the power division by the government of Pakistan will help. In fact, PEL could see profitability levels post 2022 that it had last seen between 2014 and 2017.

The stock market, for its part, is not too worried. The company’s stock has performed quite well, up 47.2% during the calendar year to date, where “expectations seem to have outpaced earnings drastically”.