SPEL to expand geographic footprint by setting up a Karachi factory 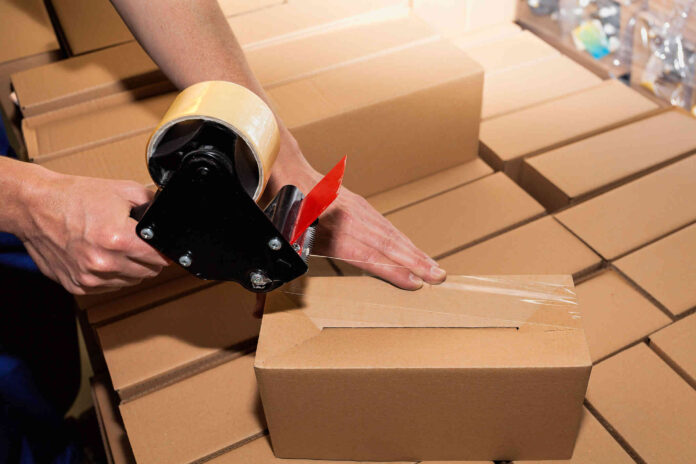 Every few months on Twitter, some completely unsuspecting user will innocently pose the question: ‘Which city is better, Karachi or Lahore?’, kicking off a barrage of extremely vehement and passionate takes. There are entire meme accounts dedicated to this nonsensical debate. [Of course, the question is irrelevant, as everyone knows the better city is Karachi (the writer of this piece hails from that city, even if their boss is from Lahore).] [Editor’s note: This will be reflected in your next pay raise. Or lack thereof.]

However, there are moments when people have to step back, and assess the actual pros and cons of the two cities. So it goes with Synthetic Products Enterprises Ltd, or SPEL, which finds itself in the interesting dilemma of being a very successful company based in Lahore, that realised somewhat belatedly, that actually, it would be kind of nice to have a presence in the country’s largest city in the south.

First, some context. Exactly what is SPEL? The company is a plastics manufacturer that mostly sells to the automobile sector, and the food and fast moving consumer goods (FMCG) industries. It was started in 1978 as a partnership, before incorporating as a private limited company in 1982. It became a public limited company in 2008, and was listed on the Pakistan Stock Exchange in 2015.

In the 42 years since its founding, the company has built up an impressive portfolio. For FMCGs, it produces 19 liter water bottles, shampoo bottles, crates for beverages, yogurt cups, plastic glasses and disposable containers. It also makes required plastic packaging for clients such as Nestle Pakistan, Unilever Pakistan, Coca Cola Beverages, PepsiCo bottlers, and Daewoo Pakistan Express Bus Service. During the Covid-19 pandemic, it has even picked up the niche of making plastic face shields.

Additionally, SPEL exports components for off-road vehicles, such as steering wheels and knobs for tractors, cranes, forklifts and even golf carts, located in the EU and US. It also provides food packaging for Al-Marai and KFC in the Middle East.

There is only one small, geographical problem. Take a look at a map of SPEL’s presence in Pakistan. It is essentially a ‘northern’ company. It has two factories, one in Lahore and the other in Rahim Yar Khan (both in Punjab). Its distribution network is also concentrated primarily in Punjab (with cities like Bahawalpur, Faisalabad, Gujranwala, Sargodha, Multan). It has just one distribution centre in Karachi.

According to SPEL’s company secretary Kamran Farooq, this situation was proving quite costly. As he explains, SPEL would end up importing material to Karachi, have it driven up to Lahore, where it would be manufactured, and then the finished goods would be sent back down to Karachi to be exported. This entire process wasted time, but also added up in transportation costs.

Besides, the company which has been making sizable profits, is looking to expand its business. And as it currently stands, the market of Karachi now accounts for 30 to 32% of business.  According to Farooq, SPEL realized that most automobile makers were located in Karachi, as were a sizable portion of plastic clients as well.

And that is why on September 17, the board of directors approved the establishment of a new manufacturing plant in Karachi. This is to be financed partially through fresh equity to be issued by rights share, and partially through internally generated resources and debt.

Specifically, the company will issue 3,981,978 ordinary shares at the issue price of Rs32 per share, which translates to Rs127.4 million. This will be offered at 4.5 right shares for every 100 shares, or 4.5% of the existing capital of the company.

“We have done this to minimize costs,” says Farooq. A factory in Karachi would mean that imports and export goods could be sent directly to and from that factory, instead of being shipped to Lahore.” Finally, SPEL will have a more active presence in the country’s port city.

The decision facing SPEL is one that is familiar to many manufacturers: it is much more cost effective to set up as close to the port as possible if your inputs rely on imports, so that you do not have to ship those inputs up north, particularly due to the fact that Pakistan Railways – which would ordinarily be the cheapest way to transport goods – has a pathetically unreliable cargo business, meaning that businesses have to rely on significantly more expensive transportation through trucks.

In the absence of cost-effective transportation, it makes no sense to transport cheap, less dense inputs to a manufacturing plant upcountry when instead they could be converted into value-added manufactured goods, with a higher price and thus higher margins to absorb costs, and higher density, making transportation cheaper.

Profit
Previous articleBela Automotives: The curious case of the vanishing ‘Sahid’
Next articleAskari Securities is now a wholly owned subsidiary of Askari Bank