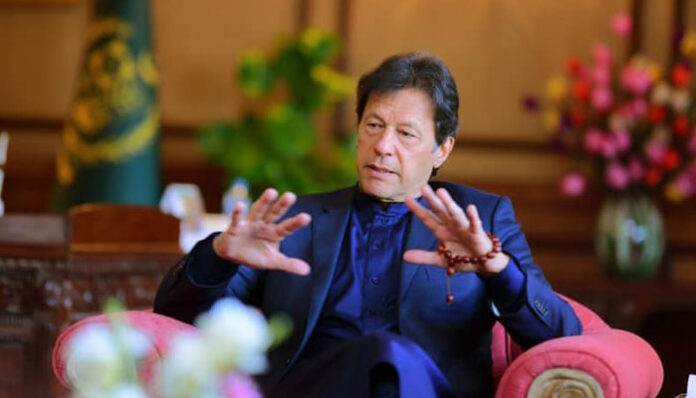 ISLAMABAD: Prime Minister Imran Khan has directed the concerned authorities to take all possible administrative steps to bring down the prices of basic commodities.

The PM issued these directions on Tuesday while chairing a high-level meeting on prices and availability of basic commodities, especially wheat and sugar.

The meeting discussed the availability of wheat in the country, the prices of wheat and flour in different provinces, the schedule of wheat imported by the government and the private sector and its arrival in the country to meet the future needs.

A report on wheat and flour prices in different parts of the country from Tigers Force and independent sources was also presented to the meeting.

The officials informed about the daily release of wheat from Punjab. It was also informed to the meeting that Sindh will start its release from the 16th of this month.

To ensure the appropriate supply of wheat in the country, the forum decided to increase the per day release of wheat from Punjab.

Regarding the supply of sugar, the meeting was informed that imported sugar will be available to masses at lesser rates. It was also informed that the crushing season will begin from 10th of next month in Punjab.

The PM approved the proposed administrative measures to control rising prices of basic commodities in the country.

The meeting was attended by members of the economic team, federal ministers, State Bank of Pakistan (SBP) governor and provincial chief secretaries.

It is pertinent to mention that the prime minister last Monday said that his government will use all the resources at disposal of the state to bring down skyrocketing prices of essential food items in the country. Imran Khan also decided to once again use the services of volunteers of Tiger Force for the identification of hoarders.