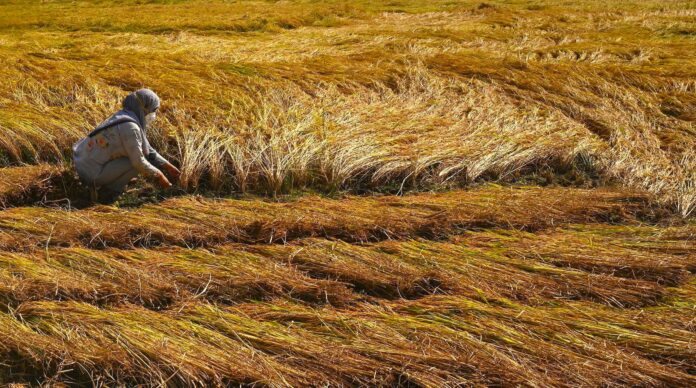 ISLAMABAD: Two major crises in Pakistan — Covid-19 and locust swarms — had a significant impact on the livelihoods of farmers.

According to a survey of farmers in Sindh carried out by the Asian Development Bank (ADB), tomato farmers especially faced acute difficulties, with majority choosing not to harvest their crop.

The challenges most often cited were the farmers’ inability to travel to markets and cities and the unavailability of traders to purchase the crops.

“The market disruptions caused by the Covid-19 pandemic and its related policy measures are temporary. The government needs to monitor and ensure the functioning of market activities and the availability of agricultural inputs, as requested by farmers,” ADB suggested. “Locust swarms may require action to both mitigate the damage already caused and to invest in long-term means to help farmers and communities prepare for future locust swarms.”

ADB released on Tuesday results of the survey carried out in June 2020 under ADB technical assistance and collected information on how Covid-19 related measures and disruptions affected the harvest and marketing of rabi season crops and dairy products, the availability and price of inputs, and the financial needs of farmers.

More than 400 farmers were surveyed in Sindh on the impact of the nationwide lockdown in response to the coronavirus disease. Due to the pandemic, more than half of the farmer households reported lower food consumption with one-third of them reporting lower earnings.

About 68.8pc of respondents identified equally the needs to remove restrictions on the supply of agricultural inputs and to allow the marketing of agricultural produce in districts other than the farmers’ home district. About half of the respondents suggested other policy measures.

Covid-19 related problems have severely affected farmers of all crops; over 65pc of wheat farmers and more than 67pc of fruit and vegetable farmers reported difficulties with selling their produce. Tomato farmers experienced an even more severe outcome – over 32 per cent were unable to market their produce at all and a further 61.2pc were able to do so, but with difficulty. In addition, 61pc of respondents were unable to complete their tomato harvest.

In addition, farmers faced acute problems during the kharif cultivation season because of the limited availability and increased prices of farm inputs, particularly seeds. Another major concern, especially for farmers in Upper Sindh, is the severe locust invasion.

To mitigate the severe impacts of Covid-19 and the locust swarms, the survey respondents identified essential actions, in order of priority ensure timely supply of agricultural inputs, ensure price stability for agricultural produce, ease loan repayment conditions or provide waive loans, and remove restrictions on marketing agricultural produce in districts beyond where it was grown.

Concerning crops grown during the 2019-2020 rabi season, wheat, the predominant crop grown during the rabi season in Sindh, was produced by 93.7pc of farmers. Oilseed was grown by 27.3pc of farmers, followed by tomatoes at 25.6pc. Sindh farmers also produced substantial quantities of lucerne (20pc) and berseem (19.3pc), which are fodder crops for livestock.

Almost all respondents reported having completed harvesting their wheat. The majority completed their harvest after the fourth week of March, although this was much more prevalent in upper Sindh (81.7pc) than in lower Sindh (57.1pc). In lower Sindh, 39pc of respondents had completed their wheat harvest by the fourth week of March, with the rest completing their harvest later.

A third of the respondents felt that their wheat harvest had been delayed compared with the past years; of these, 38.6pc cited rain as the reason, 26.8pc stated that harvesting machines were not available on time, and 18.9pc noted a shortage of labour during harvest time.

When asked to identify their major wheat crop buyers, 95.4pc of respondents said they sold their harvest in the open market, and only 4.6pc cited the government as their primary buyer. Respondents who sold in the open market reported an average price of Rs1,278 per 40 kilogrammes of wheat.