KCCI contends number of taxpayers reduced to 2.4m due to coercion by authorities 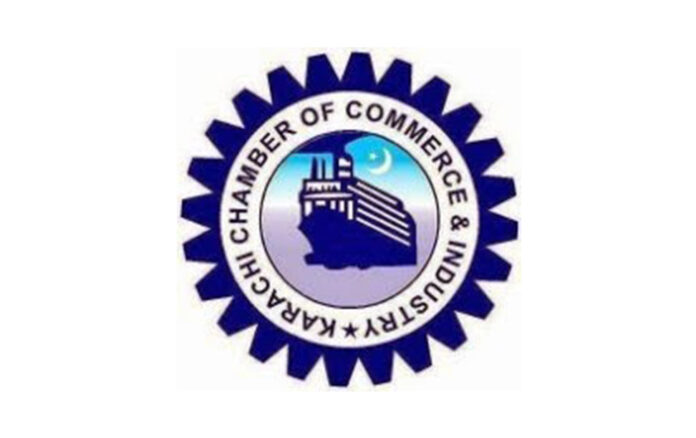 KARACHI: Due to coercive nature of the regulatory regime, the number of taxpayers has shrunk from 2.8 million to 2.4 million in view the hardships being faced by existing taxpayers as the majority of the people all over the country prefer to stay away from the tax net.

This was stated by Karachi Chamber of Commerce and Industry (KCCI) President Shariq Vohra in a meeting at the chambers office on Saturday.

The chamber president asked Member of Inland Revenue (IR) Operations at Federal Board of Revenue (FBR) Dr Muhammad Ashfaq Ahmed to share all statutory regulatory orders (SROs) and notifications with KCCI and other trade bodies before issuing these orders as no law prohibited the FBR from doing so.

“If these SROs and notifications are shared with KCCI, we will be proud to review them and seek opinions from experts at KCCI. We have great expertise in taxation, it is only a matter of FBR’s confidence in Karachi Chamber whose inputs will be helpful for the FBR and the economy of the country,” he added.

Ashfaq said that the automated FASTER plus system of the FBR for sales tax refund claims, which became operational on October 1, 2020, was a progressive system in which the refund claims were processed within 42 to 72 hours without any human intervention.

Ashfaq Ahmed told the audience in attendance that to facilitate payment of income tax refunds, a similar system was being formulated so that the refunds could also be settled within the minimum possible time, while all the previous refund claims were being settled as soon as possible. “As the government is highly committed and we are paying at a tremendous pace, the entire income tax refund backlog will be settled by the end of this year,” he added.

The member IR elaborated that FASTER plus has fully addressed all kinds of interruptions and stuck up issues which were being suffered by the taxpayers in the previous system. “The system has just eight checks before processing the refund claims and if there is a problem, the system will automatically notify the defects in refund claim, it will give solution and also notify that who could resolve the issue,” he added.

Subsequently, the applicant can resubmit refund claim any time after getting the problem addressed and when the software gives a green signal, it becomes FBR’s responsibility to process the refund at the earliest, the FBR official elaborated.

He informed that over the past six months, the FBR had released refund claims of Rs250 billion which was an unprecedented amount. “Although things are improving and we are trying our best to facilitate the taxpayers, the country deserves a much better public finance system and hence, efforts are underway at FBR’s head office where we work for 18 hours a day to resolve the issues being faced by the existing taxpayers, besides exploring ways and means of how to enhance the country’s tax base,” he added.

There is a realisation now to broaden the tax base which would ease the pressure on existing taxpayers, he further said.

Referring to new rules announced by FBR for video surveillance, Dr Ahmed said that this was in favour of the industrialists as it would avoid human intervention, which usually leads to malpractices. “As technology is the only solution, we decided to implement video analytics and it was heartening to see that many industries from different sectors want to get the video analytics implemented at their business premises at the earliest,” he added.

The official explained that the technology would electronically transmit data to the control room at FBR’s head office which would electronically aggregate all the details and transform the information into numbers. “The products in Schedule III are subjected to video surveillance while any other item which is not in Schedule III can also be subjected to video analytics if felt necessary,” he added.

Responding to concerns expressed over numerous laws and policies, the official said that Federal Board of Revenue was not responsible for framing these laws and policies as the department was just an enforcement outfit. “All the legal points and policy-related issues must be raised in front of the parliamentarians and we will also forward them but it was eventually the parliament which is empowered to amend laws,” he explained.

Speaking on the occasion, former KCCI president and BMG Chairman Siraj Kassam Teli pointed out that although the video surveillance system implemented by the FBR, which covers all the products in Schedule III, might be a good system, it was not a wise move and the FBR was unlikely to achieve the desired results.

“Due to a trust deficit between the FBR officials and taxpayers, the business and industrial community fears that this initiative would open more avenues for corruption,” he said, adding that such computerised system had been introduced in the past as well which worked fine in the beginning and efficiently dealt with corruption but later on, the system and software were deliberately altered and modified so that the corrupt officials could get back the opportunity to harass taxpayers for personal benefits.

He was of the opinion that tax theft cannot be done alone as it was being done in connivance with corrupt FBR officials who even suggest tax-dodging measures so that they could get their share. “It is really unfortunate that no mechanism exists to take action against such corrupt officials and it is the taxpayers who face immense hardships because of notices and litigations.”

Referring to a whopping amount of Rs1.856 trillion stuck up revenue because of litigations, Teli said that it was a matter of grave concerns that so many cases were in litigation and each year, the number of such cases kept on rising while this year’s Rs1.856 trillion might be the highest.

“To deal with this issue, the FBR must form a committee comprising reputable businessmen, experts and honest FBR officials who must sit together and bifurcate all these cases which would divide them into three to four categories,” he said.

Genuine cases should be referred to Alternate Dispute Resolution Committee (ADRC) so that the issues could be amicably resolved without going into litigation, he said further.

He was of the opinion that countless discretionary powers had been granted to FBR officials through numerous insertions in the finance bill each year, which are not intended to improve the country’s tax revenue collection but to be used as a tool for arm-twisting and harassing the taxpayers. “Any initiative taken honestly by member IR will be fully supported by Karachi Chamber but anything against the loyal taxpayers will be strongly opposed,” he assured.