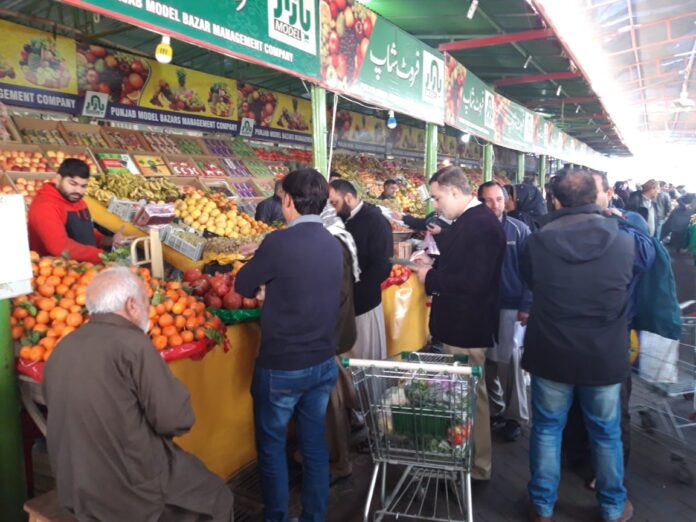 LAHORE: On the directions of the prime minister to ensure availability of essential commodities especially flour and sugar at fixed prices in the province, the Punjab government has issued orders to field officers to commission ‘Sahulat Bazaars’ at the tehsil level and take indiscriminate action against the flour mills selling government quota wheat in the market and against sugar mills involved in hoarding.

The instructions were issued at a meeting presided over by the Punjab chief secretary at the Civil Secretariat, here on Saturday.

The meeting decided to set up a price control cell at the provincial level.

Speaking at the meeting, the chief secretary said that in order to control price hike and provide relief to the people as per the directions of the prime minister and Punjab chief minister, the administrative officers have to ensure implementation of fixed prices at all costs. No negligence would be tolerated in this regard, he warned.

He directed that Sahulat Bazaars at tehsil level should be fully activated and availability of eatables, including flour and sugar at discounted rates, should be ensured there. He added that growers should be encouraged to sell their produce directly at the farmers’ platforms at bazaars without the involvement of a middleman, and required facilities should be provided to them as it would help ensure availability of fruits and vegetables at subsidised rates.

“The officers should keep a strict check on the prices, demand and supply of food items in the Sahulat Bazaars as well as in the open market,” he said.

Furthermore, the provincial chief secretary informed that non-functional flour mills selling government wheat quota had been identified in the province and a crackdown against them would be started from Sunday.

“The performance related to price control would be reviewed on a daily basis and in case of poor performance, the deputy commissioner and assistant commissioner concerned would be held accountable,” he added.

The chief secretary further directed that physical verification of stocks in sugar mills be carried out and the stocks exceeding declared value be sold in the market.

The official said that within a month, sugar mills would be allowed to sell sugar stocks only for the consumption of domestic consumers and its sale for commercial use was disallowed. He also assigned duties to the administrative secretaries of the departments regarding visiting the districts and overseeing price control measures.