In 2017, the Supreme Court had disqualified then prime minister Nawaz Sharif from holding public office for life in a landmark decision on the Panama Papers case 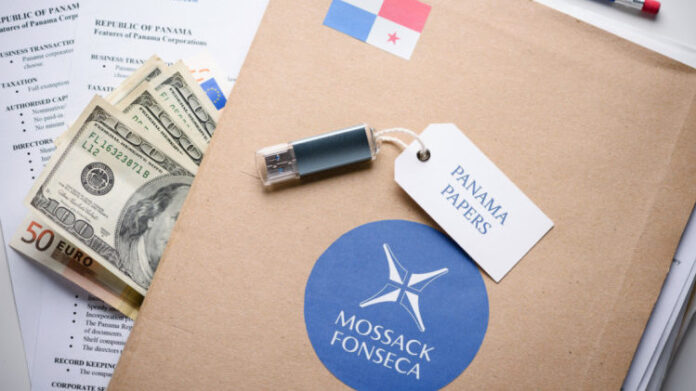 BERLIN: German law enforcement authorities have issued international arrest warrants for the founders of Mossack Fonseca, the Panamanian law firm that was at the centre of the Panama Papers scandal.

According to details, Germany has accused Juergen Mossack and Ramon Fonseca, the founders of Mossack Fonseca, of tax evasion and ties with criminal organisations.

A spokesman for the Cologne Public Prosecutor General, while confirming the issuance of arrest warrants for the Mossack Fonseca founders, said that both suspects will be arrested after stepping foot in the European Union.

Both Juergen Mossack and Ramon Fonseca possess Panamanian passports and are currently hiding in the Caribbean archipelago, which does not have any extradition treaties in place with the EU member states.

However, German authorities are optimistic that Juergen Mossack would turn himself in in exchange for a reduced sentence and to avoid extradition to the US as his family is residing in Germany.

ICIJ had acquired the confidential documents, which detailed financial information of more than 214,488 offshore entities, from Mossack Fonseca.

According to the American Center for Public Integrity, around 150 investigations in relation to tax evasion and money laundering were initiated in 79 countries following the publication of the Panama Papers.

In July 2017, the Supreme Court had disqualified then Prime Minister Nawaz Sharif from holding public office for life under Article 62 (1)(f) in a landmark decision on the Panama Papers case, ordering NAB Accountability Court to open references against him.

In March 2018, Mossack Fonseca announced to cease operations due to irreparable damage to its reputation as a direct result of the Panama Papers.

BRUSSELS: European Union diplomats said on Thursday they hoped a Brexit trade deal with Britain could be agreed by Friday or at the weekend,...
Read more
World Business News

LONDON: OPEC and Russia resume talks on Thursday in a bid to define policies for 2021 after an initial round of discussions this week...
Read more
World Business News

DALLAS: Boeing Co’s 737 MAX staged its first post-grounding flight with media on board on Wednesday, as carriers seek to demonstrate to passengers that...
Read more

December 3, 2020
PESHAWAR: The Sarhad Chamber of Commerce and Industry (SCCI) has urged commercial banks to simplify the procedures to apply for a bank loan and...