Pakistan set to launch ‘its own version of Netflix’, says Fawad Chaudhry 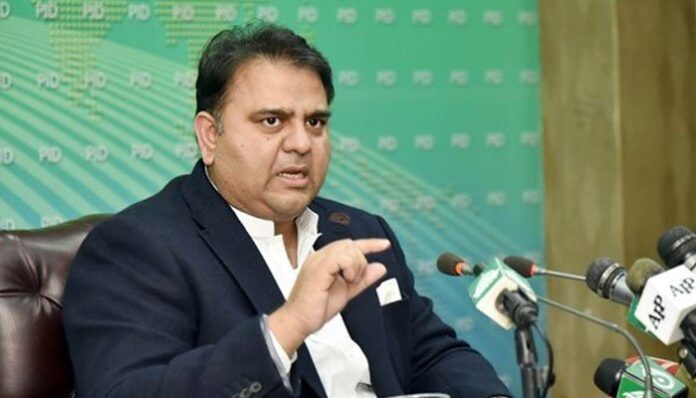 Science & Technology Minister Fawad Chaudhry took to Twitter on Friday to reveal that a Pakistani version of Netflix is in the offing.

Chaudhry said the technical aspect of the first-of-a-kind OTT platform has been completed, and that PEMRA has now been asked to prepare guidelines for the content that will be screened on the medium.

“We at the Ministry of Science and Technology are all set to launch Pakistan’s first OTT television (Pakistani version of Netflix). The technology part is complete and we have asked PEMRA to prepare a guideline on content,” Chaudhry wrote. “We will be all set to launch in PPP (Public-Private Partnership) mode.”

We at @MinistryofST are all set to launch Pakistan’s first OTT Tv (Pak version of #Netflix) Technology part is complete have asked PEMRA to prepare a guideline on content and we will be all set to launch in PPP mode, it ll be just another humble contribution..

The need for a local OTT platform has been emphasised upon by many Pakistani artists, especially after five Pakistani original series were picked up by an Indian streaming giant. Earlier, director Asim Abbasi, whose web series Churails garnered rave reviews on ZEE5, shared his thoughts on the same. Asked why he thinks Pakistan is still struggling to reach the heights Indian content has, the film-maker replied, “Streaming platforms give power back to content creators. Their mandate of diversification allows for new voices to come to the forefront. It’s a huge stepping stone in the right direction and I expect a lot of visionary, experimental film-makers from Pakistan will turn to the web in the coming years.”

LAHORE: B2B e-commerce marketplace Retailo Thursday announced raising $6.7 million in what the company claimed was the largest seed round for a Saudi Arabia-based...
Read more
TECH

LAHORE: Mobile wallet JazzCash's recently launched application for businesses fails to be a hit upon its launch as users complain of bad experiences while...
Read more
TECH

“Never has anyone been able to successfully digitise the MSMEs (Micro, Small and Medium Enterprises) because of a lack of user trust,” said Hasib...
Read more
- Advertisement -