The power of banks 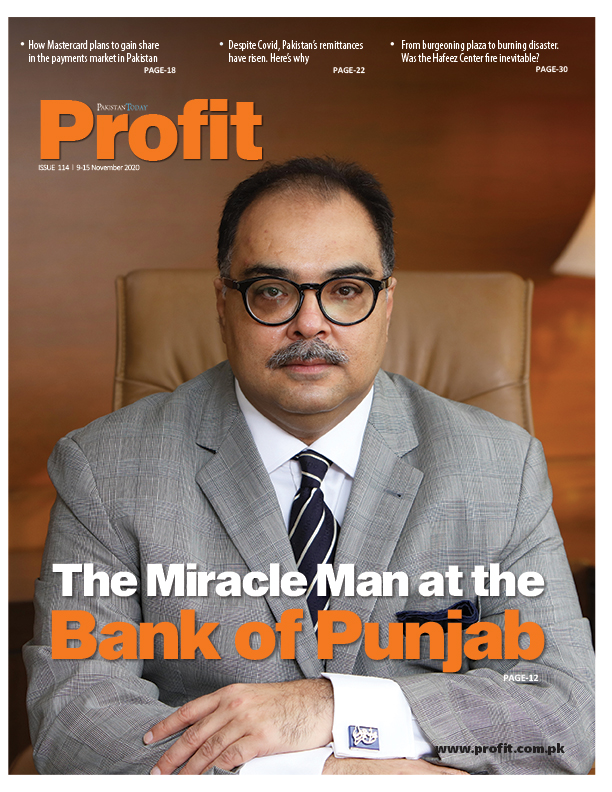 Yes, dear readers, yet another cover on the banking sector. The second consecutive one, in fact.

There is more to Pakistani businesses and the economy than banking. We know that. You know that.

Yet, there is no way we can avoid covering the banking sector more than we do the others. So central are banks to the way the economy is wired, that a case could be made (as some within Profit often do) to cover them at least as much as all the other sectors put together.

Yet, they themselves are anything but stable. Imagine a busy, old, well-established branch of a busy, old, well-established bank. Imagine a colonial-era building, imagine liveried security guards, well-turned out front desk staff, imagine the mahogany desks and leather chairs of their managers “upstairs.” Inspires confidence, doesn’t it? Like a grand old oak tree that was always there and will always be there?

In reality, it is more like a house of sand than the oak tree. That money that you have tucked in there, thinking you can withdraw it at any time, well a (maybe not so) baseless rumour could birth a set of rumours, which could set off a bank run, which could render the bank unable even to pay its depositors, what to speak of giving out loans. A multi-sectoral crunch could make even a well-diversified lending portfolio fall like a house of cards.

It is for this reason that the central bank bails them out whenever there is a major problem. Even if a bank were to shut down to be taken over by another one, the central bank facilitates the latter and sweetens the deal, to ensure it goes through. In an effort to provide a safety net to the general public, the regulator provides a safety net to the banks that the rest of the corporate world can only salivate at.

In exchange for all that, it regulates them strictly. The State Bank of Pakistan, occasional lapses notwithstanding, is a tough regulator and a reasonably good one. We hope it keeps at it. After all, banks perform some roles which are sort of there for the government to do. Consider the following three;

As a pedagogical tool for economics teachers to explain the banking sector, it is all well and good to say that banks are like middlemen that loan out the money that depositors have given them, and earn a neat spread while doing so. But in the real, banks don’t really need the depositor’s money to make a loan. They can simply create new money to lend out by typing a few numbers in their computers. Yes, the creation of new money, an action most people think is the monopoly of the state, is done by private banks everytime they approve a loan, whether it is for a car loan or for a hundred-million-dollar power project.

Second, as we noted in our last cover story, practices intoduced in a big successful bank can be emulated not just by other banks but also by the rest of the corporates. There is an aspirational element to them. It is the height of flattery in the corporate world for a company’s offices to be compared to that of a bank; moreso for its work culture to be compared to one. This and the fact that banks form a very large portion of corporate Pakistan means that how banks use their aspirational power can have a much wider societal impact.

Third in the list of things associated with governments that some banks can do is the one that Bank of Punjab President talks about in this week’s cover story. In order to reduce the tensions between the provinces and to fight misgivings about the Punjab in other provinces, he plans to expand the bank in other provinces, to give their businesses and individuals loans. A lofty goal, but it just might engender more harmony than the Federal Ministry of Interprovincial Coordination might ever have.