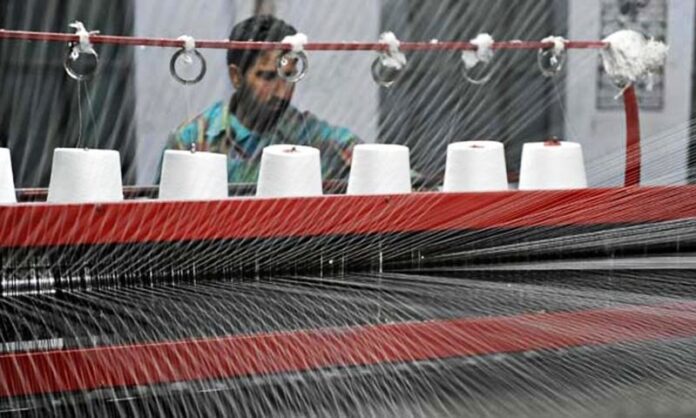 ISLAMABAD: The federal government is all set to announce the Textile Policy 2020-25 during the current week, sources revealed on Tuesday.

Sources said the export target has been fixed at $20 billion under the new textile policy, which has been finalised after consultation with all the stakeholders.

Under the proposed policy, the electricity tariff will be at US 7.5 cents per unit while duties on gas, water, and others will be reduced to boost the sector, they added.

Meanwhile, the All Pakistan Textile Mills Association has welcomed the proposed textile policy of the federal government and pinned hope that this will put the economy on track.

It is to be noted that Prime Minister Imran Khan had last week approved the Textile Policy 2020-25. Besides, the PM had also directed the authorities concerned to immediately resolve the problems faced by the textile industry.

On Monday, Punjab Industries and Commerce Minister Mian Aslam Iqbal had assured the textile millers that their problems would be resolved on a priority basis.

Talking to a delegation of APTMA, he had noted that huge export orders were placed with the textile sector, owing to which the government could not afford to close factories even for a day.