Are advertisers in Pakistan prepared to break-up with iOS customers in 2021?

Will marketers that have mastered analysis paralysis adapt before the two trillion dollar giant erodes their path to customers? 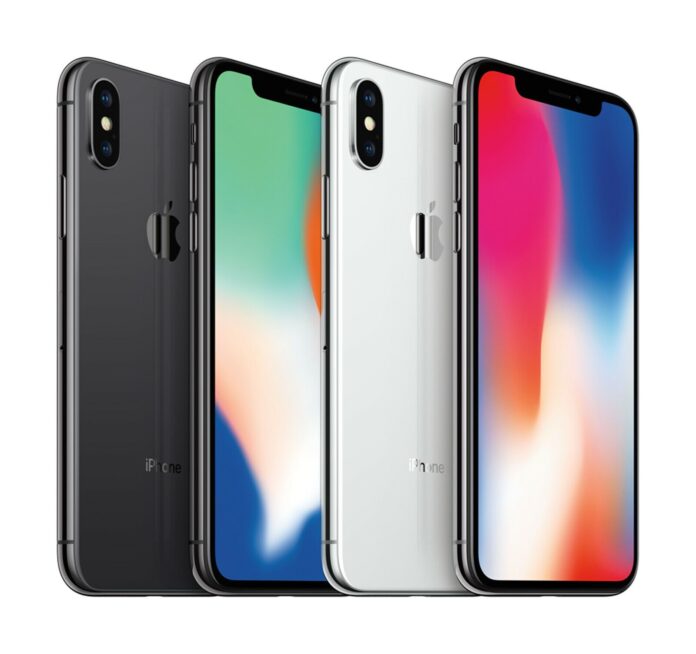 If it seems that the advertising industry wasn’t paying enough attention to the announcement that COVID-19 was classified as a pandemic, blame the rumor mill which hinted that Apple would cripple the $80 billion app install market through a privacy-first update on the iOS 14, its new mobile operating system for iPhones and iPads.

With the best of intentions, the American multinational technology company made an announcement at the 2020 Apple Worldwide Developers Conference (WWDC) that applications would need to obtain an explicit permission from the user prior to being granted tracking permission.

“At Apple, we have four fundamental privacy pillars that guide the products and features that we make,” said Rohith Prakash, privacy engineer at Apple during WWDC 2020. “On-device processing– processing data locally, without sending it to a server. Data minimization – requesting and only using data that you actually need. Security protections, which enforce the privacy protections on our platform. And transparency and control – providing the user understanding and control over their data.”

In an effort to cash in on the growing advertising ecosystem and the proven commercial returns within its user base, Apple has positioned itself as a privacy-first technology company while using the public-interest image as a basis of monetising on the desire for advertisers to reach, capture, and monetize its customers.

Playing its UNO reverse card, Apple told members of its developer ecosystem that advertisers would need to use the SKAdNetwork, a framework for privacy-preserving mobile install attribution. The framework is meant to help advertisers understand which campaigns are the most effective and provide conversion measurement, without users being tracked.

So why does this matter?

Prior to this announcement, advertisers used the identifier for advertisers (IDFA) to understand which ad network helped it gain a commercial outcome – such as an app install – against its campaigns. With iOS 14, users are opted out of IDFA tracking by default and are transparently offered the choice to opt in or opt out of tracking. The inability to do so, limits advertisers from creating lookalike audiences and reducing customer acquisition costs.

In the wake of the WeWork IPO debacle in 2019, sources told Profit that even angel investors understand that attracting high margin customers is as important as high growth customers, with data suggesting that the margins and customer lifetime value has historically been higher for shoppers stemming from Apple devices.

With this change in the IDFA, advertisers also believe that their costs of customer acquisition will also increase as they will be unable to inform ad networks or media agencies to create and target lookalike audiences based on the data gathered on converted prospects. The change is also expected to measure the effectiveness of Google and Facebook as it pertains to mobile advertising.

The SKAdNetwork will only provide advertisers with aggregate campaign data, will not offer impression or view-through attribution, and will have very limited down funnel reporting. Furthermore, marketers will not be able to control attribution windows and will experience arbitrary data delays of up to 24 hours – which means the data is no longer real time unlike with IDFA – which makes campaign optimisation significantly more challenging.

Even so, a company as large as Facebook has launched a campaign against Apple arguing that the IDFA will impact small businesses, citing the reliance on personalized advertisements to reach customers and find new ones. Citing its internal research, Facebook claimed that small businesses earned 60 percent less in sales when they were not able to use the kind of targeted advertising Apple aims to limit.

Like Google, Apple has also begun deprecating the third party cookie within the Safari browser, which gave advertisers a robust audience for targeting and tracking. The combination of the aforementioned changes will heavily impact demand side platforms (DSPs), display-based programmatic channels, multi-touch attribution platforms, and retargeting solutions. 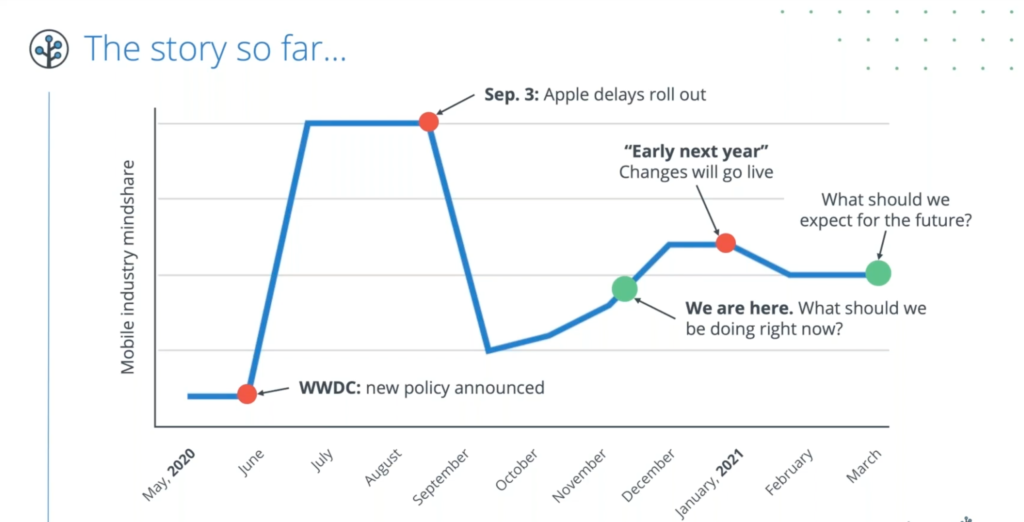 The changes will have a varying impact on data management platforms (DMPs) as well as the search and social channels, unless custom audiences are used. The least impact will be on customer data platforms (CDPs), websites, email service providers, TV channels, analytics capabilities providers, and non-ad mobile attribution measurement services – all of which generally benefit from an ecosystem that prioritizes first-party cookies.

How does this impact Pakistan?

Speaking to Profit under the condition of anonymity, a seasoned advertising technology leader shared that there are roughly ten million iPhones and iPads in Pakistan. While the number pales in comparison with the numbers for Android devices, Profit was told that from an average revenue per user (ARPU) perspective, users with Apple devices tend to outspend their Android counterparts across all consumer sectors such as fashion, food, electronics, gaming, and more. According to App Annie, consumer spending on iOS hit $15 billion in Q1 2020, compared to $8.3 billion on Android, growing 5% year-over-year on both platforms. 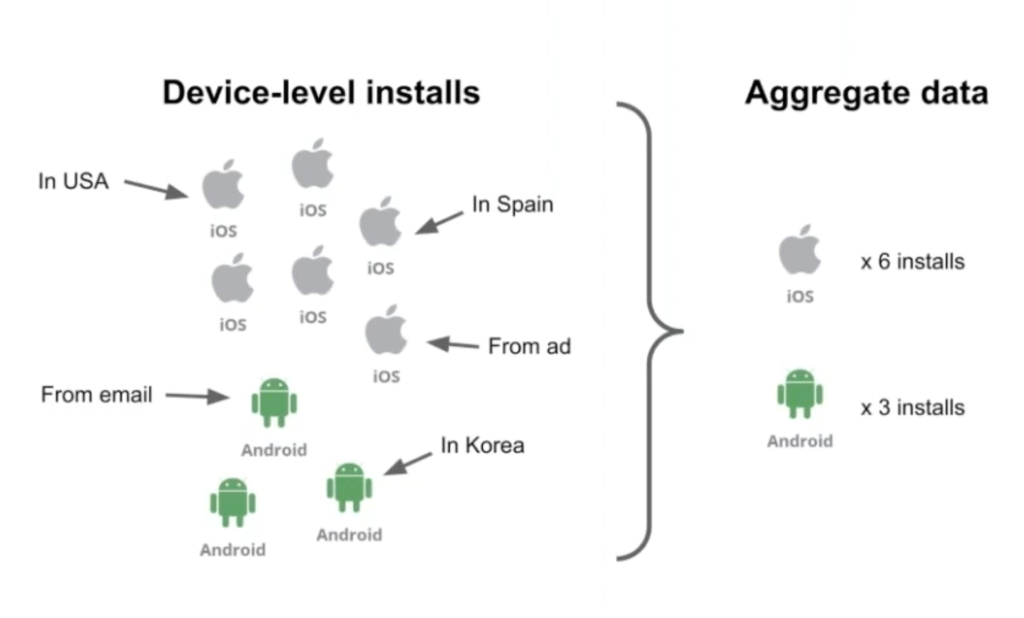 Respondents to the Profit reports pertaining to fashion, consumer packaged goods, and e-commerce confirmed that from an ARPU standpoint, customers placing orders from Apple devices had a measurable predisposition to outspend their Android counterparts. For eastern apparel brands in the country, a reliance on international sales from expatriates of the subcontinent makes the issue all the more pressing.

Believed to be a signal for affluence and wealth, when advertisers in Pakistan attract web or mobile traffic from an Apple device, it tends to represent a higher chance of conversion due to the price point of the device itself. And so with the new announcements pertaining to the erosion of IDFA, advertisers are concerned about their ability to reach high net worth individuals for their public affairs and customer acquisition campaigns.

“Many advertisers will likely have to use the SKAdNetwork, IDFA, and modelling all at once,” said Ayub. “The SKAdNetwork will likely be the universal language for transactional purposes, due to its potential for high coverage. While modelling and the IDFA will continue to provide businesses with insights needed for business decisions and campaign optimization.”

He added that while these two do not have complete coverage, they do have the highest quality granular data. Like Google, Apple has also begun deprecating the third party cookie within the Safari browser, which gave advertisers a robust audience for targeting and tracking.

As predicted by Bloomberg Media global head of digital and media distribution Scott Havens, first-party data has become the most important currency.

“A new cookie-less world will present an incredible opportunity to innovate our digital media ecosystem; a new system rebuilt on a sound foundation of quality, first-party data,” he said. “This shift will not only enable marketers to finally trust the effectiveness of their targeted spends, but will also allow publishers to strengthen relationships with their readers.”

Given the resource-intensive effort that collecting first-party data at scale is, businesses such as Samples4.ME, Brandverse, bSecure, CDPs, websites, email service providers, TV channels, analytics capabilities providers, and non-ad mobile attribution measurement services are ramping up to provide a solution to marketers that worship at the altar of analysis paralysis. A project by Rakaposhi Marketing Ventures, Samples4.ME allows brands to connect with their target audiences and provide them an opportunity to try the products as they would in a completely physical interaction. 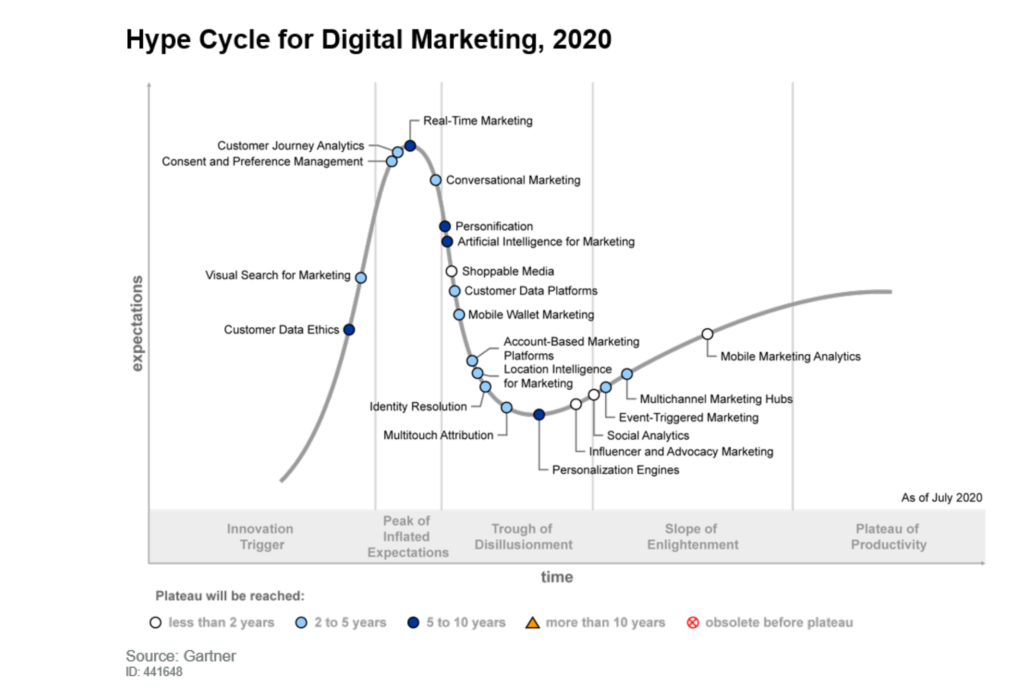 “Advertisers and marketers need to invest today – don’t wait till 2021 – in building and owning an identity graph,” said a former marketing consultant for Google. “Direct to consumer businesses that have a direct relationship with their customers are really at an advantage here, they have a great basis to start with. There needs to be a strategy to connect, own, and build out a first-party data strategy.”

Companies need to think about what technology they will use to collect and activate data without cookies and device IDs, how they will measure success, and if they have a persistent ID-based data strategy. To prepare for the future, companies need to build a foundation rooted in first-party data, human-based identity, which is critical to delivering personalized experiences.

“CDPs can allow advertisers to stitch, orchestrate, and activate first-party data,” said Ayub. “You need a means to report, measure, and optimise media – and anonymous behavior – in a cookieless world so be unafraid to experiment with alternative and under utilised tactics to strengthen first-party data.” 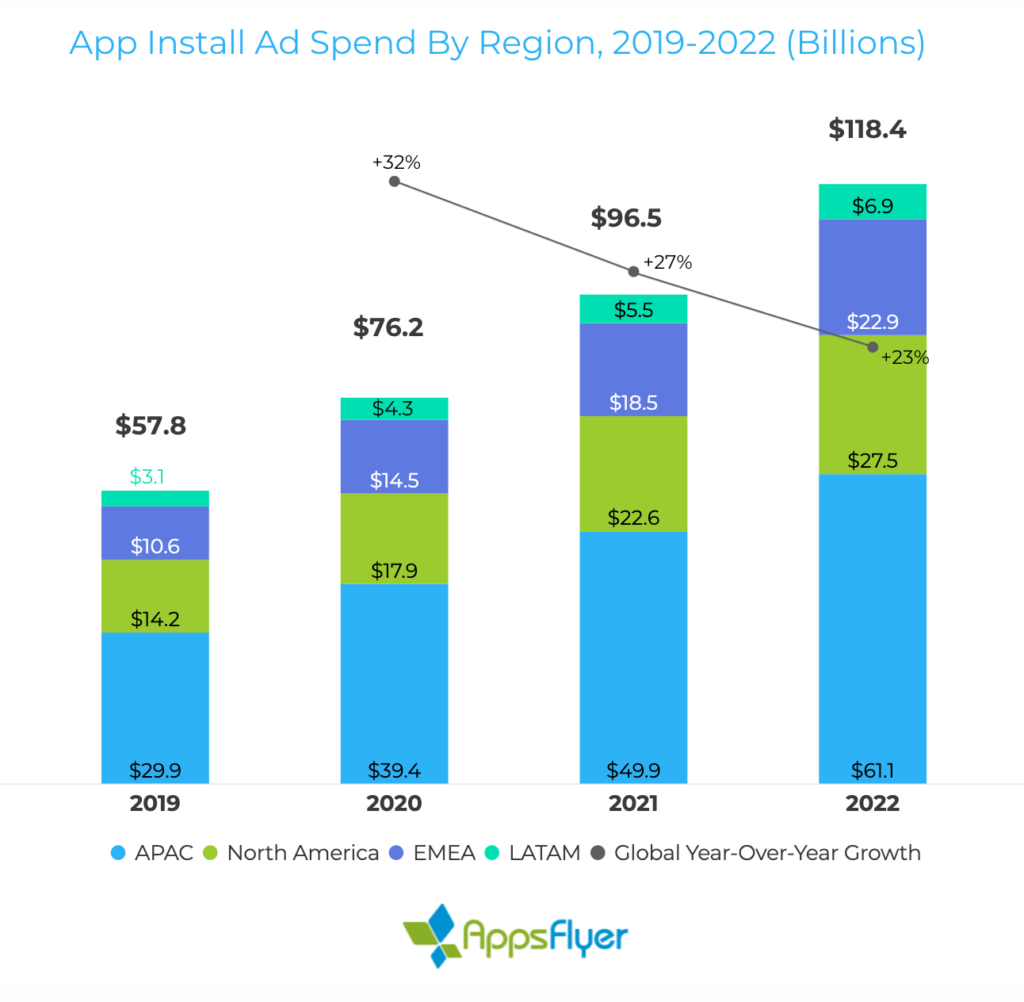 With the changes going into effect before Q2 2021, marketers need to preserve any and all app attribution workflows without IDFAs, while planning today about the long term: growing new, non-advertising customer acquisition channels, and strengthening the attribution stack to support all platforms as traditional identifiers continue to degrade.