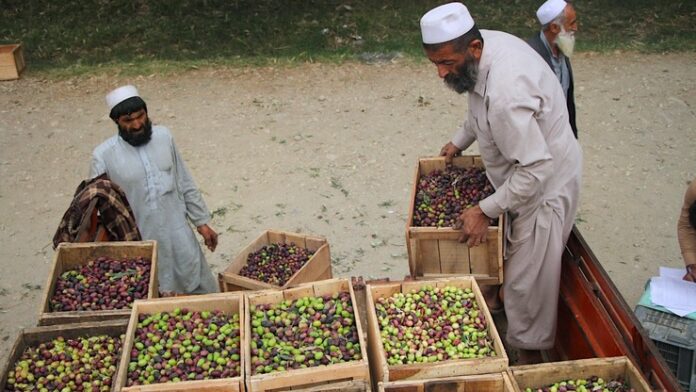 ISLAMABAD: More than nine advanced oil extraction plants have been installed in the country to harness the increasing olive oil production on a commercial scale for farmers.

“All basic accessories like harvesting baskets, oil analyser for quality analysis, filling, capping sealing machine and olive oil storage containers had been installed within these machines,” the PDSP official said, adding that the units are an important part of the olive value chain in the country and would serve as a pull factor for the uplift of this sector.

“So far, olive trees have successfully been cultivated over 27,000 hectares of land across the country whereas cultivation is to be expanded over 70,000 hectares to turn marginal lands into productive lands for enhancing the income of small scale growers,” he added.

It may be mentioned here that the Pakistan Agricultural Research Council (PARC) is working to promote local production of extra-virgin, chemical-free olive
oil, as well as striving to impart basic training to growers for attaining higher output to maximise farm income.

According to an estimate, about 2.90 million olive trees have been planted on 25,600 acres so far.

It is worth mentioning here that about 2.3 million olive trees would be cultivated during the current year to promote olive farming on a large scale which is expected to reduce reliance on imported edible oil.

“On average, 500,000 to 600,000 olive plants per annum are being cultivated by the government,” the PDSP official said, adding that survey teams have also started feasibility studies in order to identify areas for the cultivation drive this year.

He further informed that as many as 10 olive producing nurseries have been established in collaboration with public and private sectors to fulfil local needs. From these local nurseries, about 1 million plants would be obtained this season, whereas these plants would be 100 per cent certified by the Federal Seeds Registration and Certification Authority (FSRCA).

Olive cultivation in the country has been gaining momentum as local output during the current season is projected to cross 11,000 tonnes, showing a significant development towards reducing reliance on the imported edible oil and exploiting the export potential of this particular agricultural produce.

“The country is expecting to extract about 13,000 tonnes of extra virgin olive oil worth millions of dollars that would help boost farm income with less investment and inputs,” the PDSP official said.