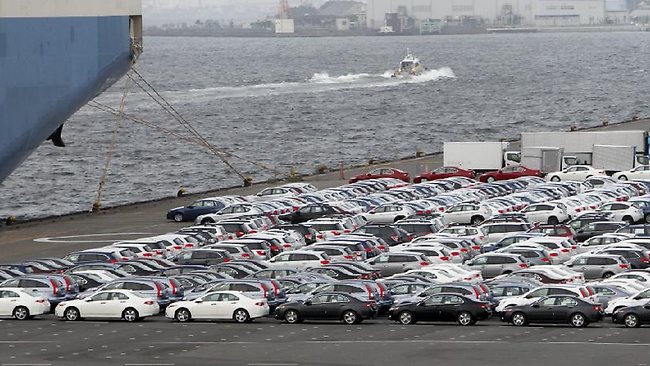 LAHORE: The recent scandal regarding the ‘use of fake stamps of Pakistan’s Embassy in Japan to import used cars’ is a clear example of how importers are damaging Pakistan’s progress in tackling issues pertaining to money laundering.

Although the country has made some progress in its anti-money laundering (AML) drive in recent times, it still has to report back to the Asia/Pacific Group on Money Laundering (APG) under the Financial Action Task Force (FATF) in order to avoid being blacklisted by the global watchdog.

According to sources, the Customs Appraisement Department had recently started an investigation wherein it was unearthed that a used luxury car was imported from Japan on a ‘fake clearance certificate’ of Pakistan’s embassy. Upon further probe, it was revealed that a number of vehicles have already been imported on fake documents of Pakistani Embassy in Japan.

“This incident shows that importers are damaging the government’s efforts to curb money laundering,” an official source privy to this development told Profit. “This is also a violation of the newly announced Auto Development Policy.”

It may be noted that the government had recently issued SRO-52(1) 2019 to curb misuse of used cars’ import policy, noting that it causes a massive flight of foreign exchange from the economy.

The conditions stipulated in the SRO were to facilitate genuine overseas Pakistanis, discourage the policy’s misuse by unscrupulous commercial importers, ensure proper documentation of the entire transaction process, and help Pakistan comply with international commitments towards FATF and AML laws.

“Now, once again, importers are trying to pressurise the government by proposing various import schemes,” said the source, adding that this will only result in further damaging the local auto industry and the country’s economy.

“The new Auto Development Policy has attracted several new entrants who have invested over $2 billion cumulatively and are about to start their volume production. Hence, liberalising the import of used vehicles will go against the spirit of this policy and discourage global OEMs from further investments in Pakistan,” he reasoned.

“The government needs to consider that attracting and maturing new investments in large-scale manufacturing is a multiyear effort and one wrong step could seriously put to waste all efforts in this regard.”

He opined that local manufacturers, combined with hundreds of parts’ producers, dealers and the industry’s four million employees, generate far more revenues, as compared to concessionary duties earned from import of used vehicles.

“Therefore, opening used cars’ import will send a wrong message to all existing and new investors who have invested in Pakistan by trusting that the government will ensure a long term enabling policy environment.”

Moreover, he said, import of used vehicles not only costs the economy over $2 billion annually, it also takes away thousands of job opportunities from youth of Pakistan to other countries.

“With a contracting economy, fewer employment opportunities and limited foreign exchange reserves, Pakistan cannot afford CBU imports in any form,” he said, adding that every new vehicle manufactured in Pakistan only uses a fraction of foreign exchange for its CKD imported content versus a completely built vehicle, which costs three times more foreign exchange.