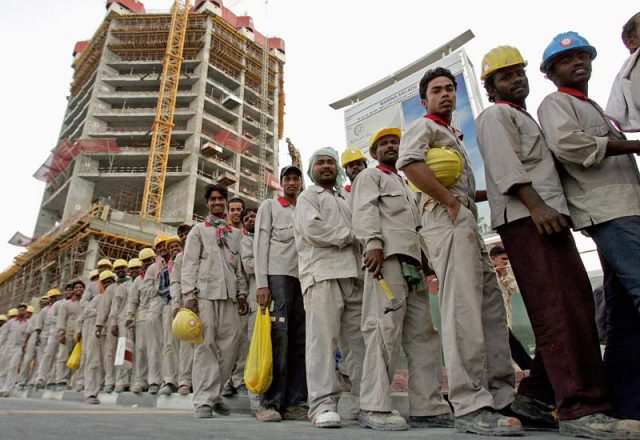 ISLAMABAD: The Pakistan Overseas Employment Promoters Association (POEPA) has claimed that the Gulf-cooperation Council (GCC)-approved medical centres were involved in “loot and plunder” in the name of medical tests.

In a statement issued on Monday, POEPA informed that the GCC-approved Medical Centres Association (GAMCA), which was administratively managing 45 medical centres in Pakistan, had made it compulsory for Pakistani workers to have their medical tests done from its approved centres before departing to Saudi Arabia.

“But the medical centres are charging Rs9,000 for each test, while an additional amount of Rs2,000 is being charged separately in the name of registration… other laboratories are charging half the fee for the same,” it stated. “These medical centres are just a source of loot and plunder as their certificates are not even accepted in the Gulf countries; workers again have to go through the (test) process after landing in Saudi Arabia.

POEPA requested the government to establish a regulatory authority to check the GCC-approved medical centres, claiming that none of these medical centres submit their tax returns.

The Competition Commission of Pakistan (CCP) had also imposed a hefty fine on these medical centres in 2012; however; they got a stay from court.

POEPA urged Saudi Crown Prince Muhammad Bin Suleman to issue directions to the Saudi Embassy in Pakistan to manage the matters pertaining to medical tests. It also urged Prime Minister Imran Khan to take notice of the exploitation of the poor workers in the name of tests and take urgent measures to stop the dirty practice forthwith.

“The Pakistani government, with the help of Saudi Arabia, should find out some mutually agreed solution to this serious problem so that these poor workers could be protected from loot and plunder by these mafias,” the statement concluded.