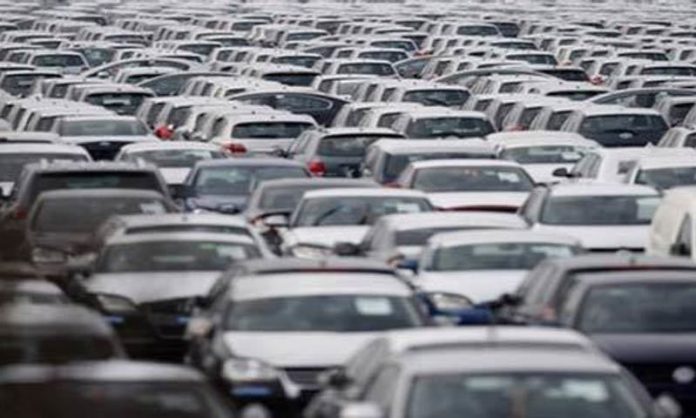 Revival in demand and imports of brand-new cars, sports utility vehicles (SUVs), and pickups have pushed up the overall import bill of completely built up (CBU) vehicles by 193.7 per cent to $94 million in the first half of the current fiscal year (1HFY21) from $32m in the same period last year.

Overall imports of these vehicles in FY20 had witnessed a drop of 55pc to $99m owing to the government’s decision of imposing various new rules and regulations to curb used car imports in order to facilitate the sale of locally assembled cars and encourage new entrants in the auto sector to achieve their sales targets in a market-friendly environment.

According to a report by Dawn, the government had allotted quotas to new entrants for bringing in brand-new CBU cars and other vehicles.

Demand for cars and SUVs surged after buyers returned to the market owing to a drop in interest rates. Along with improved economic indicators, another reason for the spike in auto demand is lifting of vehicles by growers of cash crops who fetched higher prices for the commodities and now have ample liquidity.

On the other hand, car assemblers said that they were facing severe supply chain issues due to congestion at foreign ports owing to the Covid-19 pandemic.

An official of the Pak Suzuki Motor Company Limited (PSMCL) said it was continuously in touch with its suppliers and shipping lines to mitigate supply-chain related interruptions.

Earlier in June 2020, Pakistan Automotive Manufacturers Association (PAMA) had expressed concerns regarding a relaxed import policy for used cars arguing that the move will damage the confidence of new investors and harm the existing auto industry.

The association had predicted that with more capacity being added with the entrance of Kia, Hyundai and Datsun, the supply from the local auto industry would overtake local demand, rendering all imports unwanted, costly, and contrary to the interests of the country.

PAMA had alleged that used car dealers were abusing the policy meant for overseas Pakistanis and illegally importing used cars and vehicles causing a massive flight of foreign exchange through illegal channels of hundi and hawala.

Imported used cars have a 30pc share of the market. As a result, chapter five of the Automotive Development Policy (2016-2021) was devoted to regulating the import of used vehicles in the country.

It was in response to this policy that many new entrants responded positively and made huge investments in the country’s automotive sector.

Earlier, the government through the Ministry of Commerce had directed all the importers to show remittance proof through a bank encashment certificate.

According to PAMA the misuse of the policy related to import of used vehicles loss of foreign exchange of almost $2 billion every year, evasion of General Sales Tax (GST) and Value Added Tax (VAT) by importers, loss of technology transfer to the country.

In comparison, local manufacturing of cars leads to the development of the local industry that in turn creates jobs for the local population.