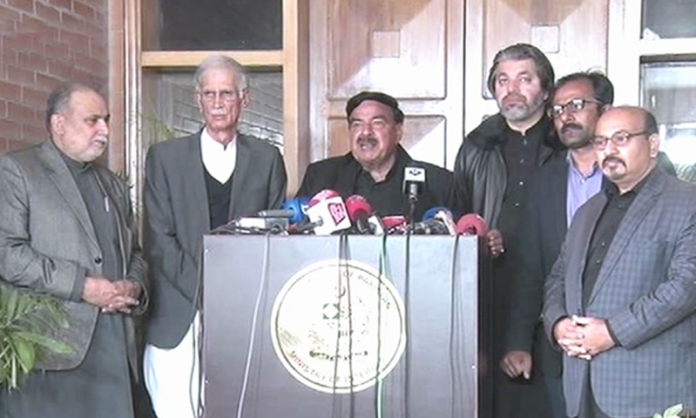 ISLAMABAD: The federal government has announced a 25pc ad hoc allowance for all federal employees working in basic pay scale (BPS) from 1 to 19.

This was stated by Defence Minister Pervez Khattak, Interior Minister Sheikh Rasheed Ahmed and Minister of State for Parliamentary Affairs Ali Muhammad Khan during a media conference on Thursday.

Pervez Khattak said that the notification of ad hoc allowance would be issued later in the day, adding that this allowance would continue till the recommendations of the Pay and Pension Commission.

Interior Minister Sheikh Rashid said salaries of employees in scale 20 and above would be increased in the next budget. He announced the release of all detained employees and withdrawal of FIRs against them.

The government announced the pay raise for federal government employees after holding successful negotiations with their representatives, a day after demonstrations turned violent and police fired tear gas at protesters. Thousands of government employees have been rallying in Islamabad to seek a pay raise, an issue the government has been trying to delay until June when the budget for the next financial year will be announced.

The capital administration deployed riot police against the demonstrators on Wednesday and barricaded the entrance and exit of sensitive buildings, including the Parliament House and Secretariat Block.

A large number of protesters gathered again near the Secretariat Block on Thursday morning, waiting for the government’s announcement.