Govt may withdraw tax exemptions given to the corporate sector 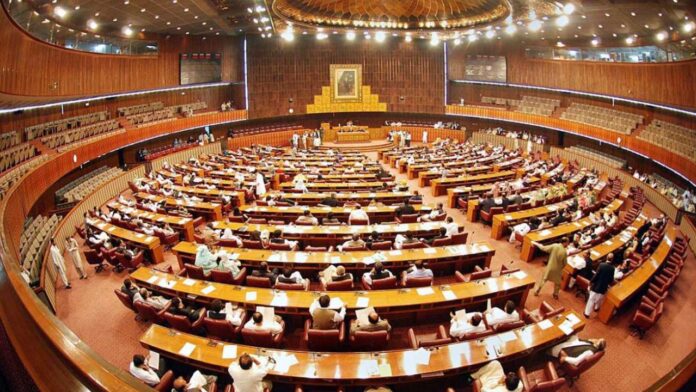 The federal government will present the money bill in the Upper House of the Parliament on Tuesday.

According to documents available with this scribe, Finance Minister Abdul Hafeez Shaikh will present the money bill, including the Income Tax Amendment Bill, 2021, in Senate as required under article 73 of the Constitution.

Dr Hafeez Shaikh may also ask the Senate to make recommendations, if any, to the National Assembly on the money bill as per the constitution.

The PM had last week approved the presentation of the money bill in the parliament.

Reportedly, the government might withdraw billions of rupees exemptions given to the corporate sector.

“The IMF has asked Pakistan to withdraw tax exemptions given to the corporate sector. Initially, the government had introduced a targeted subsidy in BISP as well as energy sector,” an insider informed.

Recently, FBR had also extended the super tax on banking companies for an indefinite period of time.