‘Digital Pakistan’: Govt to grant industry status to IT sector 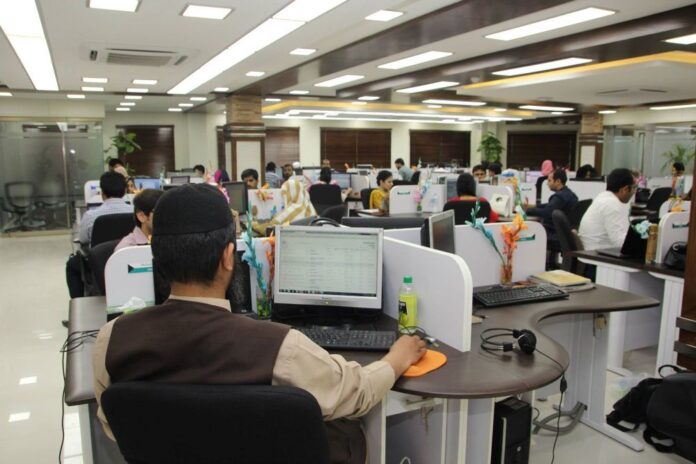 ISLAMABAD: In a move to provide much-needed impetus to its ‘Digital Pakistan’ initiative, the government has decided to incentivise the IT & telecom sector by granting it the status of “industry”, besides lowering the rates of taxes and duties.

Addressing a news conference on Thursday, Federal Information Technology & Telecommunication Minister Syed Aminul Haq stated that the federal cabinet had last week approved the status of “industry” for the telecom sector, to be applicable from the next fiscal year. He said taxes on the sector would also be reduced in a phased manner.

“Advance income tax on mobile phone users will be reduced from 12.5pc to 10pc in FY22,” the minister stated. “The same will be gradually lowered to 8pc in FY23.”

He said all amendments in taxes and duties would be applicable from July 2021, including abolishment of Rs250 fee on the issuance of new SIM. Similarly, he added, the cabinet has approved the reduction of federal excise duty (FED) on telecommunication services from 17pc to 16pc.

“The cabinet has given a go-ahead to the introduction of a simple and easy tax system and exemption of the telecom sector from all withholding taxes and complex collections. Besides, the cabinet has also okayed tax reduction on telecommunication services from 8pc to 3pc for all companies with PTA licence. Customs duty and regulatory duty on import of telecom equipment have been also been slashed by 4pc and 9pc, respectively.”

The minister said these steps would speed up the implementation of Prime Minister Imran Khan’s vision of Digital Pakistan.

He noted that the Universal Service Fund of the IT ministry launched 32 projects worth Rs22 billion during the 31-month period of the icumebent government, connecting 10,132 villages in 50 unserved and underserved areas. On the other hand, he added, Pakistan Software Export Board (PSEB) had received 40pc additional export remittances in the first six months of the current fiscal year.