Don’t be so surprised, PSX: Image Pakistan is doing well 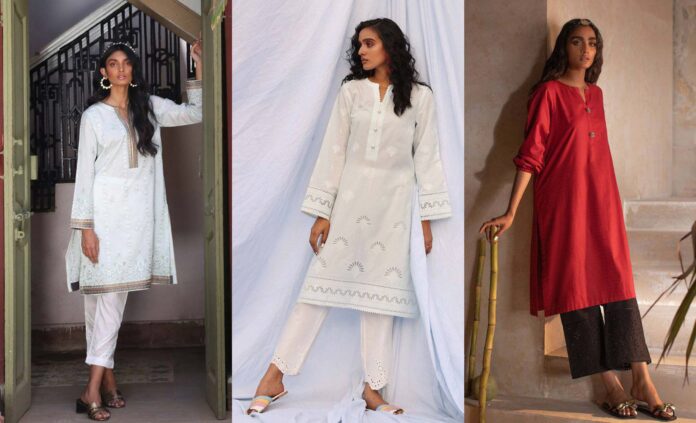 Every week, Profit combs through the announcements on the Pakistan Stock Exchange (PSX) website for the benefits of our readers, in case we see an interesting development in some company. Invariably though, instead of seeing material developments, we see the same story over and over again: PSX asks a company why their stock price is shooting up. It is one of the interesting quirks of the PSX that it is somehow simultaneously a) a robust, well-performing stock exchange that consistently tops lists of stock exchanges in Asia, and b) has a long history of, for lack of better word, market manipulation. So , if a company’s stock price really increasing for a reason? Is someone just meddling? Who knows?

It is almost endearing how the PSX expects that companies will give an actually honest answer to their ‘query’. One cannot begin to say how many times Profit has read the following sentence from companies, “We are at a loss to explain why such an activity of price movement is taking place.” This is an exceptionally pointless statement.

One company, however, not only could explain why their stock price was increasing, but did so enthusiastically.  Image Pakistan, formerly known as Tri-Star Polyester, was sent a letter by the PSX on May 5, asking them to explain their sudden rise. For context, since the beginning of this year, Image shares were sold at between the Rs8- Rs10 price range. Then, on March 4, it shot up to Rs11.96, then to Rs14 on March 19, then to Rs15 in the beginning of April. On May 6, it was trading at Rs16.97 – and as of May 18, it was trading at Rs18.

Image Pakistan was categorical about why the increase is happening: “The increase in price or volume of traded security may be a result of growth and progress in the company’s business and of the above mentioned developments disclosed in the directors’ report annexed to the periodic accounts.”

And what growth and progress it has been. Think of Image Pakistan as the phoenix that has risen from the ashes of Tri-Star Polyester. We are not being dramatic: that is how the company has transformed itself.

Image Pakistan Limited, formerly Tri-Star Polyester Limited, was incorporated in Pakistan as a public limited company in November 1990. The principal activity of the company is manufacturing and sale of polyester filament yarn and embroidered fabric. And the shalwar kameez line was started in 1993.

That year is key: the 90s were the beginning of Pakistani brands making stitched clothes and offering high-quality unstitched lawn that varied according to season. No more buying any random kapra and spending hours at the tailor; the modern Pakistani woman, who worked and earned an income, could now afford to simply buy her clothes. Image, Generation, and TeeJays were the pioneers of this movement. This was only set to explode in the 2000s and 2010s, with a variety of styles, price ranges, and material now available in the market. And it mirrored the increase in disposable income: the total number of women in Pakistan’s labour force – earning a wage outside the home – rose from just 8.2 million women in 1998 to an estimated 23.7 million by 2020, according to the Pakistan Bureau of Statistics.

Intelligent brands were quick to capitalize on this rapid change in society. Except for Tri-Star Polyester. Get this: between 2011 and 2015, the company did not sell any clothes at all. In fact, in those years, the company made losses, including a particularly bad year in 2013, where the company made a loss of Rs113 million.

What happened? The company was most probably negatively affected by the textile crisis of the early and mid 2010s, where the industry lost close to half a million jobs over two years. We say ‘most probably’, because actually very little can be ascertained, as Image Pakistan has gone out of its way to try and remove historical evidence of what happened. The last publicly available financial statement is the annual report of 2016, which said “the company’s commercial operations have been idle for many years…production remained suspended owing to unfavourable conditions and lower demand in the market, resulting in high production cost and has not produced any material in the year.”

The year 2016 is also when the company decided, enough was enough. First, it decided to ignore the polyester fabric aspect of its business, and go all in on its embroidered fabric business. In 2016, Tri-Star Polyester decided to invest in a Rs1.8 billion air looms project at its existing plant in SITE, Karachi. Then in 2017, it started operations to produce embroidered fabric for Image for stitched and unstitched fabric. In 2018, it took a Rs138 million loan from Al-Baraka bank (payable in 2022).

And Image took off. The brand pivoted towards a floral and pastel aesthetic, and invested in their separate pants section, which proved popular among young women. In the last five years, sales have shot up from Rs20 million, to Rs200 million in 2017, to Rs403 million in 2020. If one anualizes their 2021 results (its financial year ends in June), then the company is on track to make Rs843 million, its highest yet. Similarly, the company has managed to make a profit every year since 2016, and is on track to make Rs75 million in profit this year. The decision taken so many years ago prived so fruitful, that the company decided, to hell with the old name, and let’s rebrand as our most successful product: Image Pakistan.

This is what the company also explained to PSX. It gave four reasons in its response to the exchange on May 6: First, that according to the half-yearly accounts for the period ended 31st December, 2020, on-line sales continued to be the fastest growing channel. “We are confident to achieve a growth of 150% in sales from last year.”

Second, in March 2021, the SECP approved a change in the name of the company to Image Pakistan Ltd. Third, the company opened an outlet in Islamabad, which received ‘tremendous’ response. Previously, the company had four branches in Karachi, and two in Lahore.

Perhaps most importantly, in the last quarterly report ending March 31, the company is now planning on expanding into perfumes and Halal cosmetics. This was done in order to “capitalise on the growth potential in terms of both sale volume and brand value as well as ensure sustainability of the growth in business.” In doing so, Image is following in the footsteps of brands like Khaadi, which partnered with organic skincare brand Co-natural to produce its own skincare and perfumes.

Just five years ago, no one would have predicted that the Tri-Star Polyester would be venturing into the world of halal cosmetics. And yet, here we are: with robust sales, healthy profit, and a brand identity that has literally enveloped the company itself. No wonder they are rushing to tell the exchange.

Everything standing between the PCB and a women’s PSL

With the deck already stacked against them, advertisers and marketers cannot seem to look beyond a lack of players - something that would be fixed by such a tournament
Read more