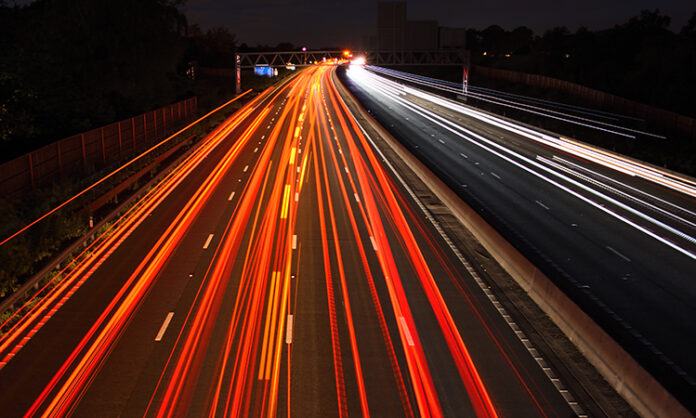 ISLAMABAD: The Executive Committee of the National Economic Council (ECNEC) on Wednesday approved 10 development projects, including the Hyderabad-Sukkur Motorway, worth Rs361.5 billion.

A meeting of ECNEC, presided over by Finance Minister Shaukat Tarin through video link, approved the construction of the 306km Hyderabad-Sukkur six-lane-divided, fenced motorway on a build, operate and transfer (BOT) basis at a revised cost of Rs191.471bn.

The project would be included in the next federal budget.

It is to be implemented on the BOT user-charge basis with the provision of significantly higher financial contribution by the federal government through a capital and operational viability gap fund (VGF) to improve the financial viability of the project.

The project is expected to be completed in 30 months.

As of April 12, the Public-Private Partnership Authority (P3A) was proposing Rs76bn government funding, or almost 39 per cent share, which has now been increased to almost 50pc. The BOT is practically now on 50:50 shareholding from the public and private sectors.

The P3A board of directors had approved the provision of Rs92bn from the budget and through toll charges to make the Hyderabad-Sukkur motorway project financially viable and attractive for private parties.

Earlier, the government was seeking development of the project without budget support and wanted it to be fully funded by the private sector which did not come up with the response the government was anticipating when the BOT model was originally finalised and approved in January and March last year, respectively. At that time, the government’s original share was put at Rs1.1bn, or 0.7pc.

ECNEC referred a summary for procurement of 600 flat container bogie wagons to the Public-Private Partnership Authority board to develop a transaction structure on the basis of P3.

The meeting directed the National Highway Authority (NHA), the Economic Affairs Division and the Finance Division to work out a mechanism for creation of a fund required to finance the repair and maintenance of national highways and motorways as there was no system at present for the national assets facing years of wear and tear.

It approved the construction of Hoshab-Awaran-Khuzdar section of M-8 project i.e. 168-kilometer section 2 — Awaran-Naal at the rationalised cost of Rs32.245bn. The NHA will execute the project. The scope of work includes construction of bridges, box culverts, retaining walls, toe walls and shoulders, along with drainage and allied works. The project is expected to be completed in 42 months.

The ECNEC meeting also approved Rs28.156bn worth of Khyber Pakhtunkhwa (KP) roads rehabilitation project to cover south, central and eastern regions of the province. The revised PC-I of the project envisages rehabilitation of 274km of existing provincial highway network as compared to original scope of 214km. The project is expected to be completed by 2023.

The committee also approved feasibility and dualisation of Mardan-Swabi road at a revised cost of Rs13.024bn. The Communication and Works Department through the Pakhtunkhwa Highways Authority will complete the project by 2023.

It approved the Gomal Zam Multipurpose project (2nd revised PC-I) at a cost of Rs25.928bn.

The meeting also granted an ex-post facto approval of expenditures and financial closure of the project by relaxing Ecnec’s directives and decisions of August 2013. The project is located on the Gomal river in South Waziristan. Its main objective is to harness flood water and provide assured irrigation water supply of 848 cusecs to irrigate 191,139 acres of land, including additional 28,053 acres which fall under the Waran Canal System, and to generate 17.4MW of electricity.

The Water and Power Development Authority (WAPDA) is responsible for its execution and implementation arrangement.

ECNEC approved the Covid-19 Response and Other Natural Calamities Control Programme (Sindh Component) at a cost of Rs20.822bn without any foreign exchange component. The Sindh health department will be responsible for sponsoring and executing the project. It will be completed by the end of 2023 on an equally shared financing basis by the Sindh and federal governments through the Public Sector Development Programme. The project envisages strengthening of the provincial health system to effectively respond to the pandemic-like situations at THQ and DHQ hospitals.

The meeting decided that any escalation in the project cost would be borne by the provincial government.

Furthermore, the ECNEC approved a 30MW hydropower project at Ghowari (2nd revised) at a cost of Rs16.4bn. The project is located on the left bank of Shayok river near Ghowari village in Ghnache district of Gilgit-Baltistan. The project is expected to be completed in four years.

It approved another a 20MW hydropower project at Hazel, Gilgit, at a revised cost of Rs12.922bn. The water and power department, Gilgit Baltistan, will execute the project.

The meeting approved the Rainee canal project (Phase-I: 110KM), revised PC-I, at a cost of Rs20.534bn. Wapda will execute the project which will irrigate 412,400 acres in Phase-I at a design discharge of 5,500 cusecs in Kashmore, Ghotki, Sukkur and Khairpur districts.

ECNEC directed the Planning Commission to prioritise projects that are strategic in nature or can be completed in a shorter period of time to save the exchequer from cost overruns and unnecessary delays in their completion.