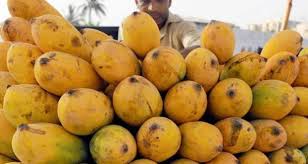 MULTAN: Federal Minister for Food Security and Research Syed Fakhar Imam on Saturday said that efforts were being made to improve production and export of mango for strengthening the country’s economy.

Speaking on the third day of the Mango Festival ceremony, Imam mentioned that mango production had stalled at 1.77 million ton for the last many years.

He said that in the current year mango exports have reached 67,000 ton so far.

He said, “Pakistan has good quality mango but old marketing methods were being used.” The minister stated that developed countries focused on research to evaluate quality and production in every sector, however, “we do not have sufficient information about production of each variety of mangoes”.

He pointed out that mango was not being exported to 20 to 25 countries where demand for Pakistani mango was increasing.

Imam emphasised that the country could be made economically strong by improving agriculture sector through use of latest technologies and research-oriented changes.