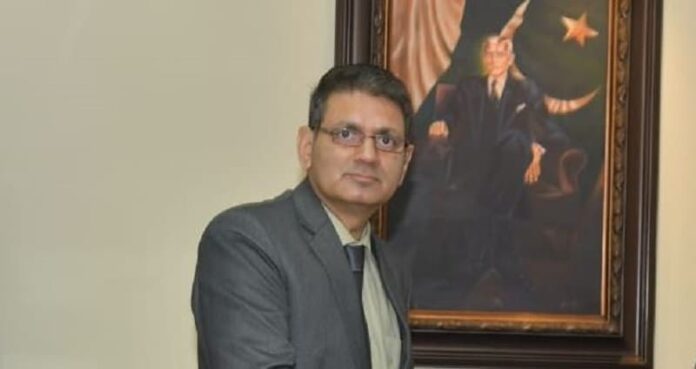 Islamabad: The federal government has elevated Dr Muhammad Ashfaq Ahmed to the chairman Federal Board of Revenue slot.

On the other hand, the government removed Asim Ahmad from the slot of FBR Chairman over cyber-attacked matters as the high ups failed to upgrade the system despite instructions from concerned quarters.

Sources also claim that Finance Minister Shaukat Tarin on Tuesday visited the FBR Headquarters and obtained a detailed briefing on the cyber-attack on the FBR website, reforms, and measures taken by the IT team to improve the FBR’s security.

FBR Chairman, Asim Ahmed, gave a detailed presentation to the FBR on the reforms, IT initiatives, and other measures.

Ahmed was present at the Senate Standing Committee on Finance meeting. Furthermore, he had a detailed meeting with the finance minister at the FBR Headquarters.

During the tenure of the PTI government since August 2018, Dr Muhammad Ashfaq Ahmed would be the seventh chairman of the FBR. The earlier chairpersons posted from 2018 till date were Rukhsana Yasmin, Mohammad Jehanzeb Khan, Shabbar Zaidi, Nausheen Javaid Amjad, Muhammad Javed Ghani, and Asim Ahmad.

He stated that the appointment of non-professional Chairman FBR is a compelling exposition of a collusive duopoly arrangement between elites and generalist cadres of Pakistan civil services—both symbiotically pursuing their perverse particularistic interests at the expense of citizenry at large.

At the time of the appointment of Chairman FBR—the institution that collects about 90 per cent of total federal revenues and upon whose performance is contingent on the performance of the rest of the institutional framework of the state—the first set of qualifications is ignored in its entirety, and, for a norm, a non-professional generalist is preferred to a professional specialist. This is an important and intriguing question of state management in Pakistan.

A convenient conceptual innovation is employed to anchor the debate in, and to argue that repeated and persistent appointments of non-professional generalists as Chairmen, FBR, is a direct and logical consequence of elites’ domination of Pakistan’s political economy achieved through entering collusion with generalist mandarins of Pakistan civil services.

It is posited that a non-professional Chairman, FBR is appointed to directly control both the extractive policy formulation and the extractive operations to drive home maximum benefits to Elites Ltd.