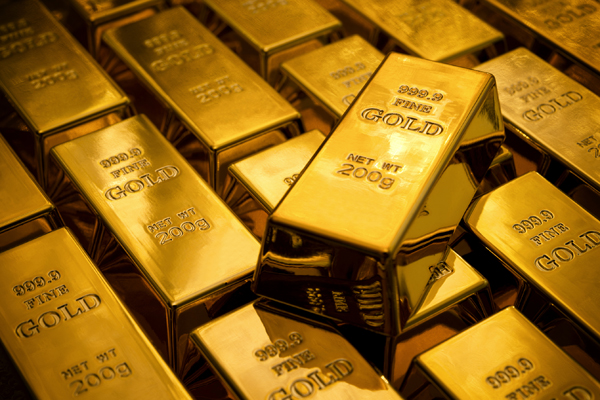 Gold prices surged 0.5 per cent in the international market and remained in positive territory for the third successive day on Tuesday amid a weaker US dollar.

At 1205 hours GMT, gold in the international market was available at $1,773.50 per ounce after gaining $8.50. Gold reversed an intraday dip to $1,758 as the US dollar extended Monday’s retracement slide from the highest level since August 23 and remained on the defensive.

Meanwhile, the price of 10 grams of yellow metal in Pakistan increased to Rs96,300 after gaining Rs800. The closing prices of the yellow metal in the country remained Rs95,500 on Monday last.

According to experts, the risk-on impulse – as depicted by a strong rally in the global equity markets – acted as a headwind for the safe-haven gold. This, along with expectations for an imminent Fed taper announcement, triggered a fresh leg up in the US Treasury bond yields and further collaborated to cap gains for the non-yielding yellow metal, they added. The Fed is scheduled to announce its decision on Wednesday and is widely anticipated to leave its monetary policy settings unchanged.