With $2.5mn in claimed funding, Munchies plans to consolidate itself as the market leader in deliveries of instant gratification products 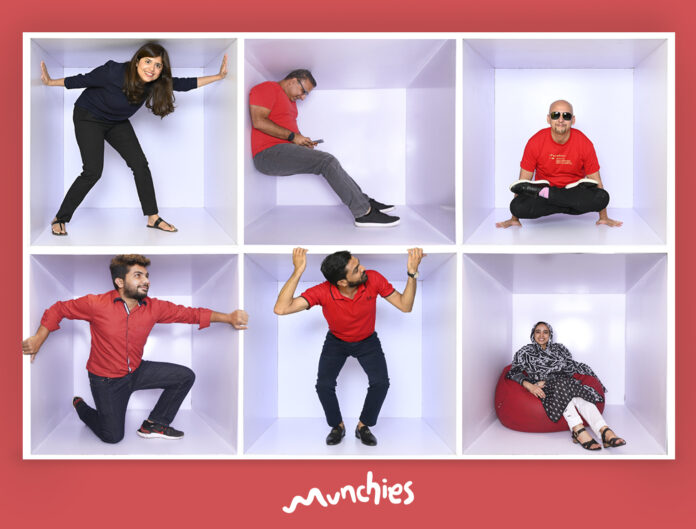 The investment in the round came from Unilever Pakistan, one of the leading FMCG companies globally, and VentureDive, a Pakistan-based software house with a presence in the UAE, the UK, and the US. Bith these companies have earlier funded Munchies to the tune of $1.5 million. While Unilever backs and has invested in Munchies, Unilever products are also available on other grocery delivery platforms like Airlift, GrocerApp, pandamart and Cheetay.

Created in 2019 with $1.5 million in funding from Unilever and VentureDive, Munchies had been testing its product and services in a pilot phase for two years, followed by a commercial launch a few months ago.

A statement from the company claims that the pilot prior to the incorporation was successful enough to warrant a full-scale investment, as well as life as its own legal entity. “While we enjoyed a strong response from the market, we knew that for us to reach Munchies’s full potential, it had to be spun off as a startup,” said Saad Fazil, the co-founder and CEO of Munchies, in a statement.

Currently operating across Karachi with a delivery promise of 30 minutes, Munchies is targeting consumers that want instant gratification products like ice-creams but are not able to get those because sometimes they do not want to go out to buy such small value items and if they do, they would find the neighborhood store shut.

Most of the demand for instant gratification products comes from millennials and Gen Z, which if unmet, is a lost demand that FMCGs like Unilever failed to convert into sales because they did not have a platform like Munchies in place. Since these products provide instant gratification, they have to be delivered within minutes, and hence the 30-minute delivery promise by Munchies.

Following its inception, Munchies followed a dropshipping model whereby Munchies riders, called ‘Buddies’, would purchase products from a nearby store and deliver it to customers. As it has evolved, Munchies has now moved on to the model of dark stores scattered in neighborhoods where products are stored by Munchies and are then delivered to customers from these dark stores.

The concept of dark stores has sprawled in Pakistan with many logistics startups moving towards quick commerce post-Covid-19 lockdowns when it became imminent that consumers would have to order their groceries online. Startups Cheetay, pandamart, and Airlift moved towards grocery deliveries soon after the pandemic hit and are offering deliveries in minutes, hinting that these startups are also targetting the same consumer segment as Munchies.

While the aforementioned startups are focused broadly on groceries, Munchies is focused rather on delivering certain instant gratification products only such as ice-creams, drinks, and snacks and is, therefore, operating in a niche.

Munchies CEO Saad Fazil told Profit that the startup will also be creating a segment called ‘Quick Bites’ for delivering the widely demanded fried food items such as samosas and pakoras to broaden the range of offerings on Munchies, also diversifying its offerings from competitors.

The business model of these startups is based on the margins they earn, just like retailers, on the difference between their purchase price from a manufacturer, a distributor, or a wholesaler, and the sale price; plus the delivery fee and the startup Munchies is focused on improving on growth for which it raised funds.

The startup claims that their growth has been increasing with each day and funds were needed to support the growth. The CEO, in a statement, said that Munchies is growing at a tremendous pace, hitting “40% month on month growth in daily orders and even higher for GMV (gross merchandise value), at a scale which is already quite substantial”.

According to Saad, they want to further consolidate the local market before raising more funds and venturing out to new cities. “It’s much easier to show numbers by launching a new city — something we have consciously avoided to date. We’d rather crack Karachi, the largest city in Pakistan, before we launch operations in a new city,” he elaborated.

Amir Paracha, chairman and CEO of Unilever Pakistan Limited, said of the investment, “Munchies is a hyper-focused delivery model that caters for consumers asking for immediate solutions for their snack cravings. We partnered with VentureDive, a technology incubator, to invest in Munchies because we believe that Munchies will benefit greatly from the technology and growth know-how of VentureDive, and Unilever’s understanding of the consumer goods industry.”

“I have full confidence in Saad’s leadership to help build Munchies into just not one of the greatest companies coming out of the region, but also a phenomenon that any marketer can dream of as evidenced by Munchies’ early cult-like following,” he added further.

Atif Azim, CEO of VentureDive, said, “Snack consumption is primarily driven by impulse purchase, and people generally don’t stock up on snacks. With Saad as its CEO, and Unilever as co-investor, we knew that Munchies was the right platform where we can help back perhaps the first unicorn out of Pakistan.”

Prior to co-founding Munchies, Saad was managing director and co-founder at VentureDive and led product, design, and engineering teams at Careem leading up to its Series-E financing that valued the company at over $1 billion.