Chaudhary expresses confidence in extension of status being granted 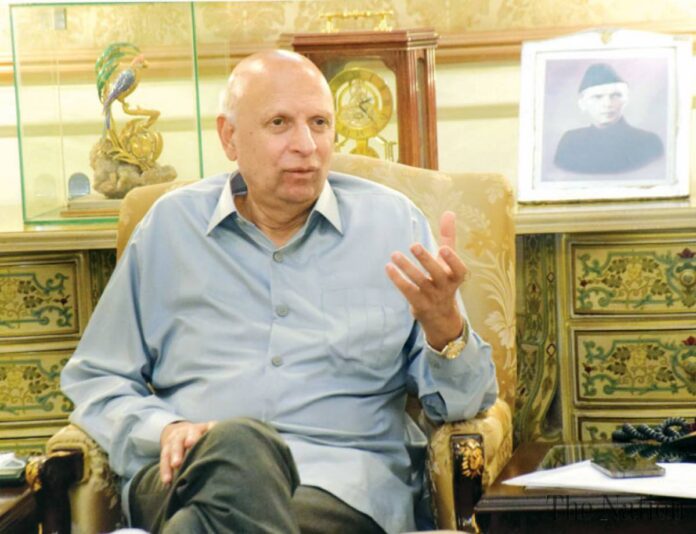 LAHORE: Punjab Governor Chaudhry Mohammad Sarwar on Wednesday met with European Parliament Vice President Dr Fabio and 11 other members in a bid to win their support on the GSP-Plus status extension issue.

A spokesman of Governor House said that the governor, who is on a vist to Europe, met with the European Parliament members including Maximilian Karre from Germany, Karken Nicholas from France, Jordi Sol from Spain, Emanuel Fregos, Bernard Goetta, Joymer Marno and others.

During the meeting, the Punjab governor briefed the members on the positive role of Pakistan in the Afghan peace process, protection of minorities in Pakistan, religious freedom, and provision of fundamental rights.

Dr Fabio appreciated Pakistan’s role in establishing peace in Afghanistan and eradicating terrorism. The meeting assured that they stand with Pakistan and also of their full cooperation in the extension of GSP-Plus status.

Later while speaking with the media, Chaudhry said the meeting remained successful and he was happy that European members had appreciated Pakistan’s role in establishing peace in the region.

“I have also called on the European MPs to play a role in the provision of basic services, peace and stability in Afghanistan,” he added.

Chaudhry Mohammad Sarwar said that Pakistan would succeed in its mission with regard to the extension in GSP-Plus status to Pakistan.

He said that Pakistan was working hard under the leadership of Prime Minister Imran Khan to counter the negative propaganda against Pakistan in Europe by India and we would not allow them to succeed as we have thwarted all the conspiracies of India in the past.