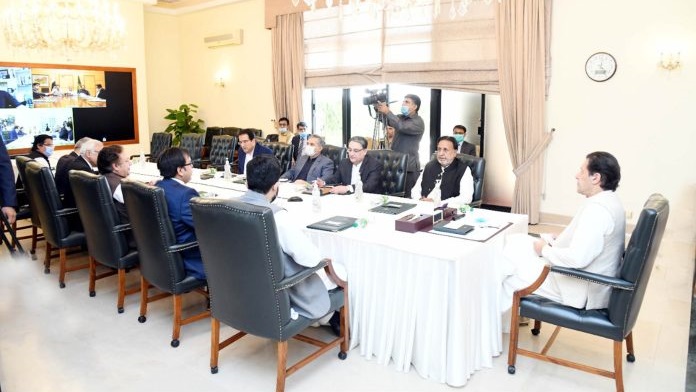 The prime minister said that both projects were flagship real estate projects of the government to promote smart, self-sustaining, clean and green housing and business activities in the country.

He reiterated that RUDA especially was very important for the sustainability of Lahore city as it would protect its environment and under-ground water table, a press release issued here by the PM Media Wing said.

The premier directed the authorities concerned to plan a massive media communication strategy to educate people on the importance and benefits of these two mega real estate projects.

He also directed to resolve various legal issues hampering the successful implementation of these projects.

Earlier, RUDA chief executive officer (CEO) briefed PM Imran on that the development work on roads and sewage infrastructure projects in the Central Business District was in full swing.

“Not only has 98 per cent work on trees relocation been accomplished, but around 5,000 new trees were also being planted in the area,” he was told.

The PM was also apprised that the Bab-e-Pakistan Project on 122 acres of land in Walton was being developed with an investment of $500 million by a Saudi company under a Joint Venture (JV) revenue-sharing model.

Moreover, CBD is all set to sign an agreement to attract foreign investment worth $250 million during the ongoing Dubai Expo.

The management of CBD and Civil Aviation Authority (CAA) has also signed an agreement to develop a commercial district on under-utilised land of Lahore Airport under a revenue-sharing model.

Similarly, the development of Industrial Estate and Rakh Jhok Forest are also underway.