Alternate data from utilities, telcos to be used to build application scorecards, income estimation models to extend financing for NPHP 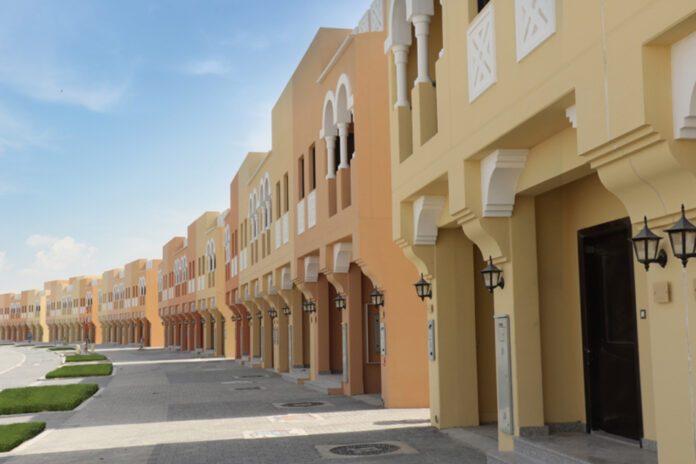 In an industry first, the Pakistan Banks’ Association (PBA) has entered into a partnership with a consortium of financial services and technology businesses to develop application scorecards and income estimation models based on alternate data sources to extend housing finance for the Naya Pakistan Housing Programme (NPHP).

The scorecard project will support the Naya Pakistan Housing Programme (NPHP), a government-backed initiative providing low-cost, affordable housing to deserving individuals in Pakistan that is expected to be a catalyst to accelerated economic activity and increased job opportunities in the region following the negative impact of Covid-19.

The consortium will work together to develop solutions for PBA to streamline risk assessments and enable a wider pool of applicants to access financing for their housing needs, thereby improving access to finance for low-income segments of the population currently excluded from traditional housing finance.

PBA Technology Working Group, comprising CEOs and members of Bank Alfalah, HBL and Faysal Bank as well as the CEO of PBA and a senior official of State Bank of Pakistan will manage the project.

How would the models be developed?

Pakistan has abysmally low mortgage finance to GDP ratio at 0.23%, compared to an average of 3.4 per cent in the rest of South Asia. An estimated 20 million Pakistanis go to sleep without a roof over their head. That is a whole 9 per cent of Pakistan’s population Around 50% of Pakistan’s urban population – that is roughly 39 million people – live in a slum.

By several estimates, Pakistan is facing a shortage of anywhere between 10 to 12 million housing units. The housing shortage for urban areas is estimated to be around 4 million units. And every year, according to the State Bank of Pakistan, 700,000 units are added to the overall deficit. Only about half of this demand is ever actually met.

Naya Pakistan Housing Scheme was launched in 2019 to address this shortage. On the other hand, the formal financial sector has been failing to provide adequate and affordable housing finance to a large segment of the population, with housing finance at only 1.7% of total private sector credit in 2018.

Banks are cautious of extending long term loans to the low-income segment because they consider potential homeowners in this segment as unbankable because of a lack of credit history.

Nine months back, the Pakistan Banks’ Association floated tender seeking bids for developing a risk assessment system to finance loans for the Naya Pakistan Housing Programme (NPHP), based on alternate data points on borrowers including data such as from utilities and telecommunication companies.

“Based on this data, the consortium has to develop an income estimation model and psychometric scoring based, which will be done for people who do not have a credit history or who are unbanked right now,” says Omar Khalid, COO at Tasdeeq.

Psychometric scoring is used to obtain patterns of behaviour instead of a credit score for the assessment of credit. “The psychometric score will have a lot of questions based on which the consortium will assess whether the person is creditworthy or not and how much of credit can be given to them,” Omar says.

Under the State Bank of Pakistan’s directives, all banks are required to report lending data to at least one private credit bureau like Tasdeeq, which has already used this data to develop some models for risk assessment. “On the basis of that, some models already exist and the scoring system also exists. We have credit reports and credit assessment models already,” says Omar.

“Based on the information already available and collecting new data which include utilities and other data points, will help generate models to estimate loans for the low-income people,” he says.

The friction that is going to arise in this arrangement is that data on low-income demographics does not exist because this data is not easily available. For example, a lot of utility companies would have to provide data and they would have to be comfortable in sharing data so that analytics can be built around it.

For instance, a telco confirmed to Profit that they had arrangements in place with private credit bureaus to build income estimation models and the said telco in this regard will share billing information of the customer, but only with the customer’s consent.

Secondly, the data is going to have a lot of junk numbers, which will make it unreliable. In case of utilities for instance, it is not uncommon that the person paying for the utilities is someone else, while the utilities would actually be in someone else’s name.

“These are the challenges that exist but we have the tools to clean data and do analytics on it,” says Tasdeeq.

Even after that, how much of the data is going to be reliable? “The existing scores that we have developed for microfinance banks and commercial banks have an efficacy of 68%,” claims Omar.  “Any score which has an efficacy of above 50% is considered to be a very good score and the efficacy of the new scoring under this model is also going to be around the same percentage,” he claims further.

PBA CEO Tawfiq Husain said, “Starting with low-cost housing financing, we hope to be able to put this model to use for other products in consumer lending.”

“The project will provide PBA members with the required tools to make accurate risk decisions on underserved segments of the population, which is fundamental to increasing access to housing finance,” CreditInfo Regional Director Samuel White said.