The two countries have also agreed on barter trade in rice 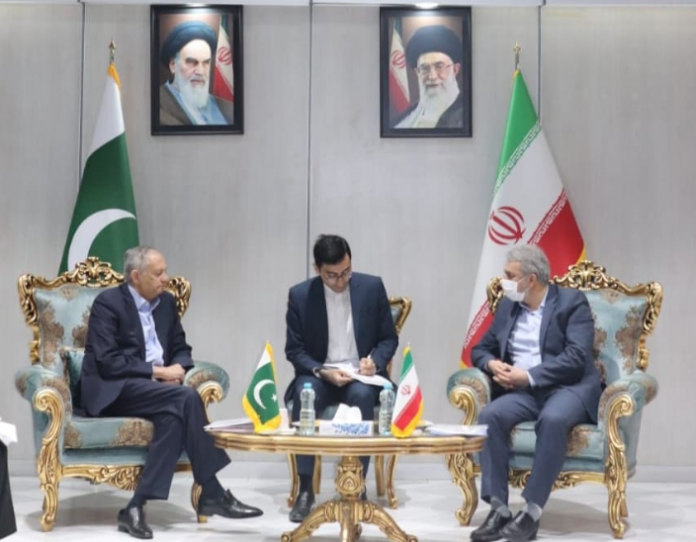 ISLAMABAD: Pakistan and Iran have decided to increase bilateral trade volume, which currently stands at around $360 million, to $5 billion within the next five years.

The announcement was made at the conclusion of the Joint Trade Committee (JTC) meeting for which Adviser to Commerce and Investment Abdul Razak Dawood was visiting Tehran along with the senior business leaders. Presidents of the Federation of Pakistan Chambers of Commerce (FPCCI) and Industry and Quetta Chamber of Commerce and Industry (IQCCI) were part of the delagation.

Later, in a tweet, Abdul Razak Dawood said that he is happy to announce the conclusion of the meeting of Joint Trade Committee between Pakistan and Iran, in which both the countries have agreed on barter trade-in rice, construction of border markets, movement of Pakistani trucks under TIR and Customs cooperation.

I’m happy to announce that at the conclusion of meeting of Joint Trade Committee today, Pakistan 🇵🇰 and Iran 🇮🇷 have a agreed on Barter trade in Rice, construction of Border Markets, movement of Pakistani trucks under TIR and Customs cooperation. pic.twitter.com/dRwMq8wMJ0

“These measures will not only increase our exports, but they will also enhance trade and connectivity within the region,” he added.

The PM’s advisor had met with Iran’s Minister for Industry, Mining and Trade, Syed Reza Fatimi Amin before the meeting of the 9th JTC.

According to a press release issued here on Sunday, the PM’s advisor stressed on making trade and investment relations more broad based.

The two discussed matters relating to trade and investment between the two countries and resolved to translate the decisions of 9th JTC into positive and tangible outcomes. The Iranian minister invited Pakistani companies to invest in Iran.

Earlier on Friday, the commerce advisor had left for Iran on a two day visit to negotiate bilateral trade and investment.

Soon after, an official statement said that the Ministry of Commerce and State Bank of Pakistan (SBP) are working to analyse the country’s imports so that timely interventions can be made.

It is pertinent to mention here that Pakistan and Iran have agreed to start initial talks on the Free Trade Agreement (FTA) and other important issues of trade for increasing the bilateral trade volume and investment opportunities.

Moreover, a Memorandum of Understanding (MoU) on exhibition cooperation was also signed between the two countries.