Pakistan gets half its LNG through long-term contracts. The rest is dependent on the spot market 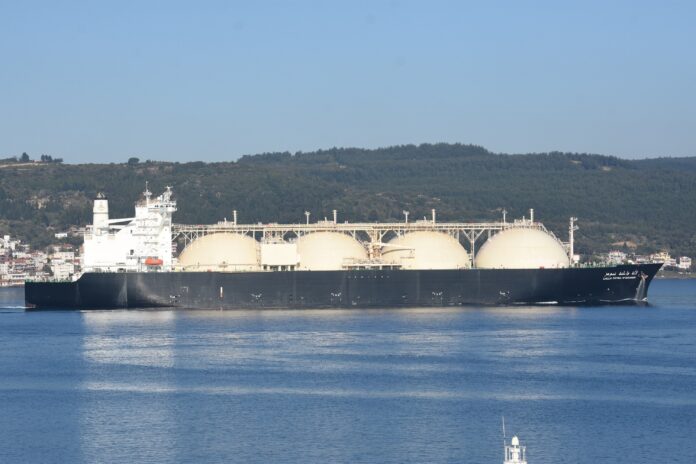 In the first of this series of articles on the intricacies and workings of Liquified Natural Gas (LNG), the focus was to understand what LNG is, how it works, what that means in terms of shipping, how it ends up getting priced, and how it is traded. Those were very much the basics of LNG. With those still in mind, in this edition we will go deeper into the world of LNG and try to understand how the international market for LNG operates, what the difference is between long and short term contracts, and most importantly what Pakistan’s LNG capacity is.

The world has been hungry for natural gas ever since it has become widely available as a fuel source. The consumption of natural gas has jumped from only 0.28 Bcf/D in 1971 to 4.42Bcf/D in 2019. Of this increase, the last two decades since the turn of the millennium have seen gas consumption increase at a rate of 4.8 percent. However, Pakistan’s gas production during this time has remained almost stagnant at about 4 Bcf/D, and since 2015 the country has been importing RLNG (regasified liquefied natural gas).

Because of the reliance on imports and no increase in gas production, approximately 78 percent of households in Pakistan do not have access to natural gas. Despite that, natural gas has been the fastest-growing source of household energy consumption in the country. Domestic consumption is the second largest after the power sector gas consumption. To understand why this is so, first we must look at the international market, and then look at Pakistan’s LNG capacity.

What’s going on in the international markets?

A couple of years ago, LNG was a cheap commodity. Its low prices were its main selling point and what attracted so many governments and corporations to rely on it. Yet in the past two years, it has hit record highs in terms of price. One simple answer for this rise in price is that just like all the other commodities, LNG prices are rising as a result of the pandemic. When the global economy came to a halt as an initial response to the covid crisis, it was always bound to happen that whenever it started up again it would do so with a jolt. As soon as trade began to normalise, there was a surge in global demand as economies all over recovered. This resulted in soaring prices.

In addition to a recovery in demand, the fact that there have been hotter summers and colder winters means that the demand for energy is rising. Supply side issues, however, remain due to the scarcity of other fuel sources. It is a very basic equation – cold and resurging economies meant higher demand but supply side issues went nowhere. For instance, China faced coal shortages due to which the reliance on LNG rose. This meant suppliers had to choose between supplying more to China or to Europe since there was not enough to go around for both places. In the meanwhile, China is rationing the LNG between industries and residential users.

You can tell that there is a situation of surplus demand by the fact that gas inventories have been tight in Asia and Europe. These two continents account for 94% of LNG imports and also make up more than 30% of the world’s gas consumption. On the flip side, you can’t just increase capacity overnight. Most LNG producers are operating capacity or near capacity. With most suppliers operating near total capacity, there is very little left to be traded on the spot market. As a result prices have drastically gone up.

To make matters worse, due to the pandemic the transfer of knowledge, expertise, and skills weren’t at their usual levels. Therefore, LNG related projects and maintenance was widely delayed. This resulted in slow investment in LNG infrastructure. Moreover, the global energy sector pivot from fossil fuels to green energy has also led to less investment in LNG related projects. The fact that LNG prices were pretty low for half a decade also played a role.

LNG is sold contractually. A government or a corporation goes to an LNG provider and signs either a long or a short term contract with them that then determines how long and at what rates they will be supplied with LNG.

The spot market or cash market is a public financial market in which financial instruments or commodities are traded for immediate delivery. It contrasts with a futures market, in which delivery is due at a later date. Basically, a spot market is where one can trade commodities, securities and currencies for immediate delivery. The name comes from the phrase “on the spot”. You buy on the spot in these markets. They are also called physical markets or cash markets. This is because trades are swapped for the asset effective immediately. The transfer of money can take time, but the buyer and seller agree to the trade in the present, immediately. A non-spot or a futures trade is where the buyer and seller agree to a price in the present but deliver the product/ transfer the funds later. The prices of future trades depend on the spot market.

In the last decade, the dominance of long term contracts has phased off. Basically the LNG long term and spot market are moving in opposite directions. For now, buyers that are looking for stable supply beyond 2025 have choices. The volumes are present and the demand just isn’t very high then. However, if you’re out shopping for LNG right now, the higher spot rate and expensive short term deals aren’t the ideal situation you would have hoped for.

So what is the ideal choice between these two? With long term contracts there is the issue of finding yourself receiving a commodity at a time when you do not need it. While spot market and short term contracts are flexible, they have their downsides. You may find yourself buying at high prices in supply shortages or demand surges just like we are now. The best way to go forward is to have a mix between the spot and long term contracts.

The solution at present is bridging contracts which “bridge” the short and long term. A bridging contract gives buyers lower prices over the next five years in exchange for sellers getting the security of a long term deal. Due to transitions in the energy sector, LNG buyers around the world are looking towards bringing in more flexibility in their LNG procurement portfolio.

Gas prices have surged all over the world. As a result, Pakistan is paying the highest price it has ever paid to import LNG through spot markets. Over the past half decade Pakistan increased its reliance on LNG under the assumption that the supply would be abundant and the fuel would remain cheap in the long run. They did not want to engage in a long term contract because they assumed the spot market would remain cheap. Add a pandemic to the mix and you’ve got unprecedented circumstances.

Pakistan gets more than half of its LNG under long term contracts which saves it from the volatile spot markets. However, the long term contracts faced their fair share of criticism too in the past. Currently the government is under pressure from the opposition over the spot market purchases of LNG. The problem will be enhanced when spot shipments will be required through winter months as well. The controversy between the current government and opposition is precisely the reason we have begun writing this series.

As of now Pakistan has two LNG terminals with 600mmscfd each with a total baseload of 1240 mmscfd. The demand for natural gas can go as high up to 2 billion cubic feet per day in winters. The deficit is what Pakistan imports. We will get into the details in our next class.