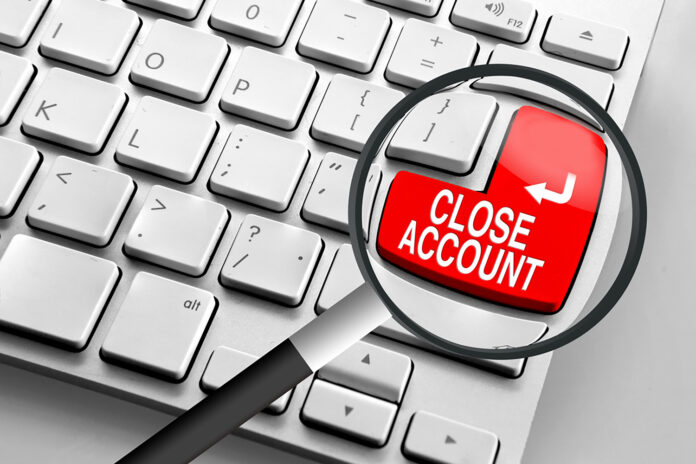 Everytime there is an IMF programme in the country, the rhetoric surrounding it focuses overwhelmingly on the conditions being imposed in exchange for the IMF providing funds to Pakistan. The concept is that when a country borrows from the IMF, its government agrees to adjust its economic policies to overcome the problems that led it to seek financial aid. This system of conditionality is designed to promote national ownership of strong and effective economic policies.

The policies that the IMF sets can either be general macroeconomic guidelines, or they can be very specific steps that the organization feels the countries taking money from them need to follow. It is because of the imposition of rules like this that there is often tension between governments and the IMF. In the current second stage of the IMF programme Pakistan is in right now, one of the conditions is the adoption of a Single Treasury Account System.

This means the IMF wants Pakistan to close all bank accounts maintained by public sector entities and the defense ministry in commercial banks. All that money is to be transferred to the central bank in one account. The concept is as simple as it sounds – all public money must be gathered in a single account maintained by the central bank. How this will work, however, is a complex issue.

The task of adopting a Single Treasury Account System would be gargantuan. According to sources in the finance ministry handling the transition, there are roughly 50,000 bank accounts maintained just by the defense ministry, the armed forces and public sector entities including the Oil and Gas Development Company Limited (OGDCL) and National Highway Authority (NHA). Under the second phase of the financial management reforms, all of these have to be closed.

On the 19th of August 2020, the finance division directed all federal government ministries, divisions, attached departments and subordinate offices (MDAS) to close their bank accounts with commercial banks/ financial institutions and transfer the balance funds to the federal government’s central account no 1 (non-food) with the SBP. In a circular to commercial banks and financial institutions, the SBP said that upon receipt of account closure requests, the respective branches will initiate the closure of accounts and transfer the available balances to their centralized treasuries within seven days. 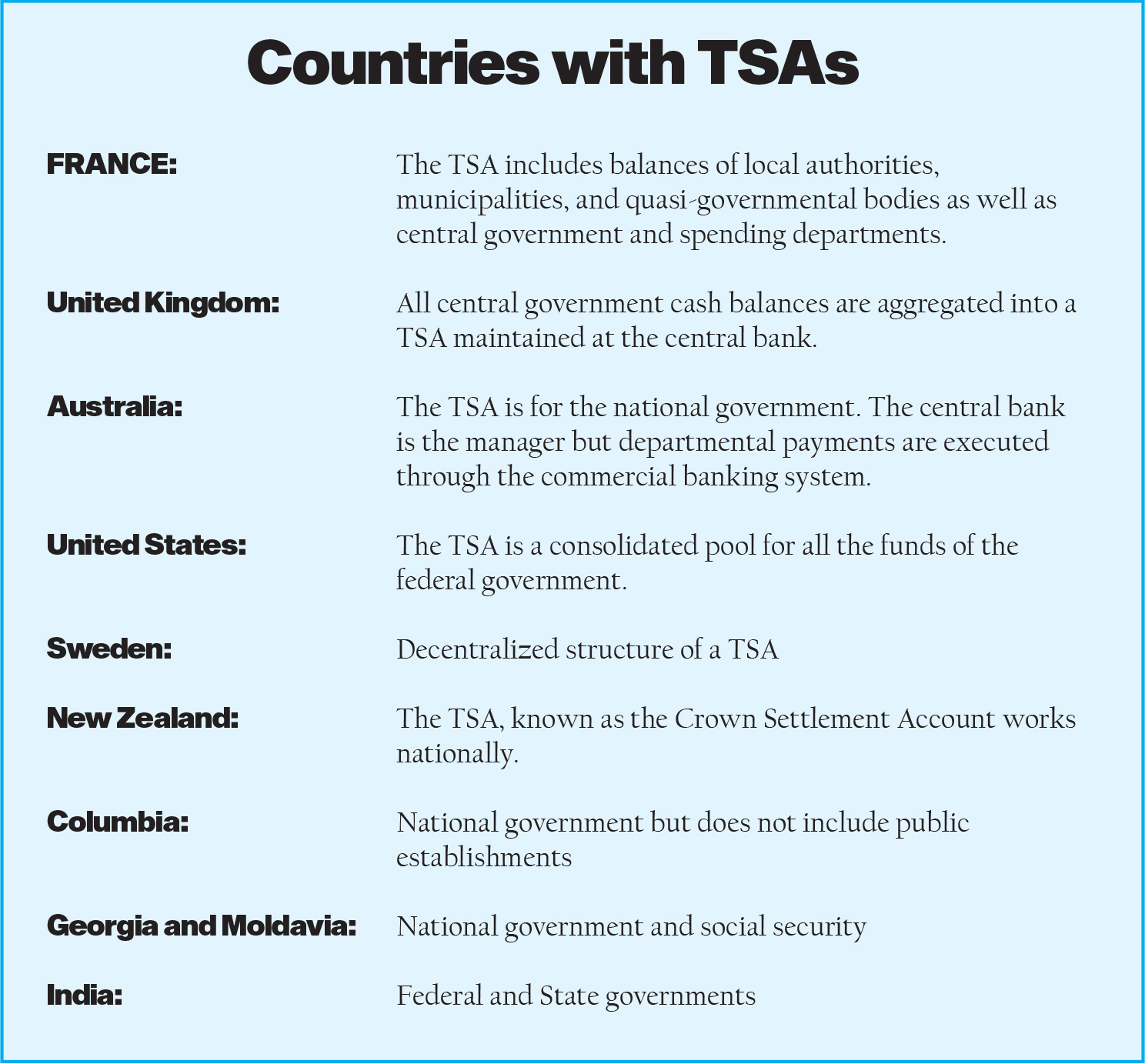 Nearly 18 months later, progress on this front has been slow. In October this year, the IMF expressed serious concerns over Islamabad’s inability to close down accounts of federal and provincial governments into private commercial banks. Under the Treasury Single Account (TSA)-1, Pakistan already agreed with the IMF to withdraw Rs2,900 billion from commercial banks and shift it into the Federal Consolidated Fund (FCA) known as the account number of the federal government with the State Bank of Pakistan. However, all-powerful ministries, including the Ministry of Defense and others, had not yet accomplished such assigned tasks within the stipulated time-frame.

Currently, an amount of Rs1,665 billion of different federal ministries and divisions are lying into commercial banks’ accounts while over Rs1,100 billion of provincial governments is also deposited into private commercial banks. Why are government departments and wings dragging their feet on this? And more importantly, how does the TSA work and is it in Pakistan’s benefit? Profit explains.

Much like any individual or organization, a government needs to have a bank account. A treasury single account (TSA) can be defined as a unified structure of government bank accounts enabling consolidation and optimum utilization of government cash resources. The TSA separates transaction level control from overall cash management for a country.

It is easy to imagine the TSA as a big vault where the government stashes all of its money and takes some out when needed, but it is more sophisticated than that. To put this simply, a TSA is basically just a bank account or a set of linked bank accounts that the government uses to transact all its receipts and payments. It presents a consolidated view of the government’s cash position at the end of each day.

Basically, this works on the principle of fungibility of all cash regardless of what the cash is used for. So instead of separate accounts for each type of transaction, the distinguishing of individual cash transactions is done through the accounting system. To sum it up in a line, instead of having an account for each transaction type, the government clubs its money into one account and distinguishes transactions through accounting and record keeping.

Considering the fact that the central bank is a fiscal agent of the government, the custody of the TSA is usually with the central bank for most countries. There is no harm in holding it at commercial banks. The aggregate nature of sums make the idea of TSAs interesting for the private sector too with a number of large public listed companies in Latin America using this mechanism too through commercial banks.

Why the government need to do this

For starters, an inventory of existing bank accounts which includes their nature, type and cash balances. Secondly, the IMF also believes that political support is important to establish a TSA. The legal and regulatory requirements to go forward with a TSA must also be met. In addition, the interbank settlement system and technological requirements must be in place. For the TSA to work well the interface between the treasury and the banking network needs to be effective and efficient. The government will also have to compressively map out accounts.

Why go for a TSA?

In simple terms the primary reason to set up a TSA is to ensure effective aggregate control over government cash balances. The IMF believes that a country having a fragmented system for handling government receipts and payments is a critical public finance management weakness. This is because with a fragmented government banking system, you’ll find idle cash lying around in bank accounts. These may or may not be earning market related remuneration, or simply interest. In economics, the concept of opportunity cost makes this even more important.

Secondly, not knowing its resources fully or being able to tap into them collectively, the government may find itself borrowing unnecessarily. For instance, the government may pay unnecessary borrowing costs such as interest while raising funds in light of a cash shortage. In reality, there is no cash shortage, it was perceived because the system is fragmented and money is lying around in various accounts. The government is fully aware of the volume of funds and no longer faces ambiguity associated with the location of the funds.

Moreover, any cash that is lying around in banks, can be put to use by the banks to extend credit. This, however, drains the extra liquidity in the system when the SBP goes for open market operations especially when the government has issued debt to cancel off the extra borrowing. Essentially, the debt is draining the liquidity.

Government debt servicing costs all go down through the TSA and also brings down the liquidity reserve requirements. This is because through the TSA, cash flow volatility goes down. As a result, the government no longer finds itself in a position where it needs to maintain a high cash reserve to meet unaccounted for or exogenous shocks that impact fiscal operations.

And while it may seem trivial, a little goes a long way. The usage of TSA helps reduce bank fees and transaction costs along with lower administrative costs associated with maintaining these costs. Reconciliation costs are also saved. Basically, this provides an opportunity for the government to reap the benefits of economies of scale in processing payments.

Around the world, countries that have moved to TSA have been able to save on banking costs. Like we said, a little goes a long way.

Through TSA, the government can have a consolidated view of all government cash flows. Through the TSA, the ministry of finance has full control over budget allocations. This helps the government improve its budget control and monitoring. It drastically improves the quality of fiscal information. In addition, the TSA also helps improve coordination for fiscal and debt management with monetary policy.

What does this mean for Pakistan?

There was a lot of buzz about military extensions as of late. I don’t know if you’ve thought of it yet but the implementation of a TSA is bound to bring some tension between the military and the government. The IMF has given no special exemptions to military or defense accounts. It is said that the defense ministry and armed forces have more than 30,000 accounts which will have to be closed and brought under the TSA. So the implementation of this may not be as smooth as you would have thought.

Moreover, considering the fact that banks will not have idle government money lying around, their profitability may go down. This is because banks will have to compete for funds from the market. In a way this will help bring down inflation and also currency devaluation. However, it will lead to lower private sector credit and investment which could have repercussions on the GDP.

This will make banks more competitive in the long run as liquidity is wiped out permanently. The immediate impact would be higher spreads and higher borrowing rates. Another downside would be that provincial banks would have little to no purpose left.

What about the aid and loans we get?

In the case of external loans and help through donors, the government may find itself in pressure to use separate commercial bank accounts. This is because for low income countries, donors and creditors often require governments to manage their funds through separate commercial bank accounts instead of the TSA. However, signatories of the Paris Declaration have committed to use country PFM systems. Therefore, in future, the Pakistani government should encourage official donors to use the TSA as much as they possibly can. This can be done through converting donor funds into the local currency upon transfer to the TSA main account. Another option could be to open a separate foreign currency sub account within the TSA for each foreign currency or at least for major currencies one receives aid and loans in. The third option would be to maintain other accounts beyond TSA and bring the flows into the TSA. This however is not ideal.