Fund to welcome donations from both domestic and international donors 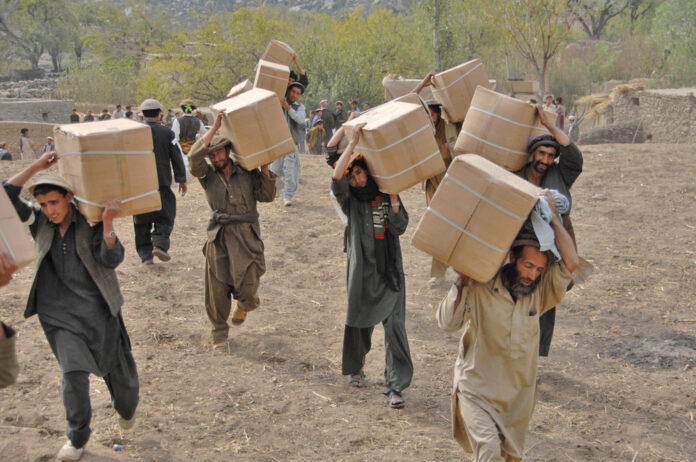 ISLAMABAD: The federal government has decided to establish the Afghanistan Relief Fund to provide humanitarian assistance to Afghanistan.

In this regard, the Finance Ministry on Wednesday communicated the same to the Auditor General of Pakistan (AGP) as well as the Controller General of Accounts (CGA).

All proceeds on the account of the relief fund and payment into the aforesaid fund will be received at all branches of the State Bank of Pakistan (SBP), all treasuries, all branches of NBP, and all other scheduled banks.

The fund may receive donations from both domestic and international donors in addition to contributions from abroad which will be received at by the referred banks.

Contributions from donors in foreign countries will be received at the Pakistan Mission and remitted to the central bank, which would prescribe necessary procedures for their accounting.

All proceeds received in the name of the fund will be credited to the public account of the federal government under the head of special deposit fund, relief fund and Afghanistan Relief Fund.

Accounts of the fund will be maintained by Accountant General, Pakistan Revenues (AGPR), Islamabad, and will be administered by the Ministry of Economic Affairs in consultation with the Finance Division.