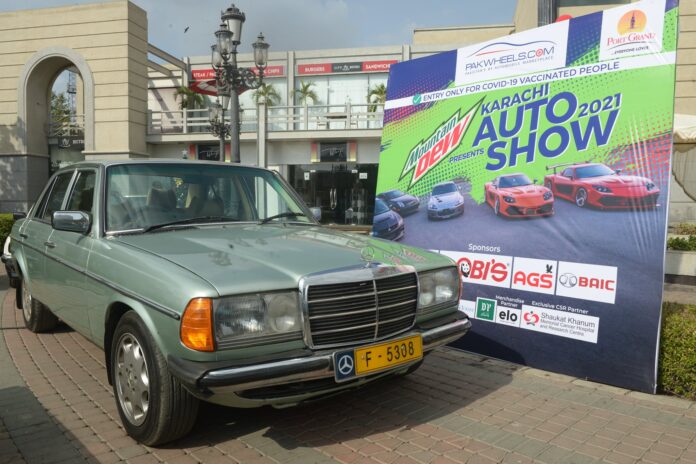 After Islamabad, the PakWheels Karachi Auto Show has been concluded successfully. Like previous years, thousands of people and car enthusiasts attended the event. The masses showed immense interest in the cars at the show. Over 800 cars were registered for the event, while 350 were approved. Meanwhile over 250 bikes attended the show, making it a huge success as all ways.

There were a number of famous cars. Some of the most notable included:

Furthermore, there were vintage and old cars at the event. Meanwhile, there were project cars ranging from Modified Civic, Corollas to very unique Exo Skelton cars with fully customized tube chassis and engine swaps. And there were Superbikes & Heavy Bikes too.

The event was attended by the likes of Syed Ghazanfar Agha, Liaqat Malik, Adeel, Sameer Sohail, Mubashir, Amer Magsi, Abul Samad, Mohsin Ikram and Nadeem Khan. Moreover, there were major auto groups at the show, including:

The show was undoubtedly a success as a very large number of people attended the event at Port Grand. The people thronged the event at the end of the day. And we at PakWheels thank you guys for making the event a success because without you, nothing would’ve been possible so Thank You again.

We hope to continue these events for you guys and after Karachi and Islamabad, we will meet you in other cities. Keep supporting us Kyu K Gari Ki Deals, Only on PakWheels.

Engro Foundation, the social investment arm of Engro Corporation, has announced the two recipients of its flagship initiative, I Am The Change (IATC) Impact...
Read more
FEATURED

How does PayFast aim to dominate the eCommerce payments landscape in Pakistan?

There is an ambitious fintech startup in town and it is called PayFast! PayFast, a group company of Premier Systems Limited, is poised to...
Read more
NATIVE CONTENT

The local fertilizer Industry is providing urea at around 84% discount, equivalent to PKR 9,823 per bag, and is expected to enable import substitution...
Read more
- Advertisement -