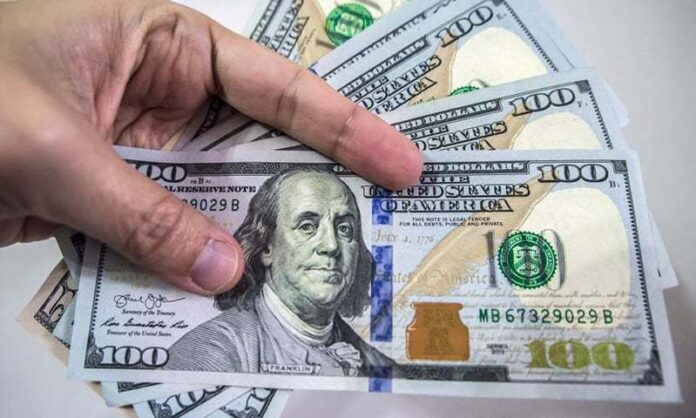 KARACHI: The central bank’s foreign exchange reserves fell by $562 million, within a week, due to external debt financing and other payments, as per data released by the State Bank of Pakistan (SBP).

After the fall, as of January 14, 2022, SBP’s foreign exchange reserves stood at $17.03 billion. The fall in the foreign reserves is primarily due to an increase in international debt servicing during the last three years.

Similarly, Pakistan’s total foreign exchange reserves also stood at a record high of $27.08 billion in August, 2021, and have since fallen by $3.74 billion.

Pakistan requires over $20 billion in the current fiscal year to finance its external debt, which currently stands at over $127 billion.

However, the country is currently in the international market to launch a $1bn-1.5bn Islamic bond which is expected to improve its foreign reserves position in the near future.