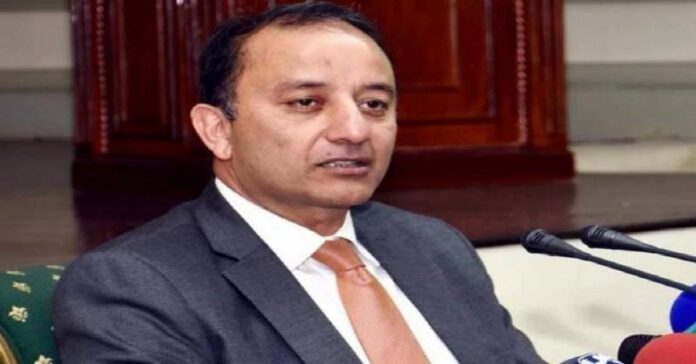 Rebuffing former Prime Minister Imran Khan’s claim of getting oil from Russia at a low price, Minister of State for Petroleum Musadik Malik on Friday said that there is no such document available in the petroleum division to prove Khan’s claim.

Minister of State for Petroleum Musadik Malik said this while addressing a press conference here on Friday. He said there is no such intent or a non-binding memorandum of understanding (MoU) to prove that the former Pakistan Tehreek-i-Insaf (PTI) government had made some breakthrough regarding getting oil from Russia. He said that the former Petroleum Minister Hammad Azhar had written a letter to the Russian counterpart just before the ouster of his government that Pakistan wanted to do trade with Russia in all sectors including the energy sector. But, He said the former government had not received a reply from the Russian government in this regard. We have checked it through our ambassador in Russia, but no such agreement or even receiving a positive reply from Russia to prove that the PTI government was about to get the petroleum products at lower prices from Russia, said Musadik Malik, Minister of State for Petroleum.

Criticizing the decision of previous Imran Khan’s government of reducing petroleum prices by Rs10 and capping them till end-June 2022 without getting approval from the concerned forums, Minister of State for Petroleum said PTI government made an announcement in this regard without getting approval from the federal cabinet’s economic coordination committee (ECC) or from the from the federal cabinet. He said there is no documentary evidence regarding this approval while a verbal decision was announced by Imran Khan only to secure political benefits. He said that the subsidy was un-funded as no fund was allocated to give subsidy to the masses on purchase of petroleum products at lower prices when the government was procuring POL products from the international market at higher prices. Even the Finance Division has also no such record of allocated funds for this subsidy, said Musadik Malik.

Musadik Malik also said that the monthly cost of this subsidy is around Rs120 billion and this makes Rs360 billion direct subsidy for three months and if we add the taxes into it, then it reached up to Rs 700 to 800 billion worth burden on the national exchequer. The former premier Imran Khan took wrong decisions which brought the country to the verge of bankruptcy, said Musadik Malik.

He added that our government has jacked up the prices of POL products with a heavy heart and they know that it affects the poor. However,our government has prepared a strategy on how to save the poor from its negative effects. He, however, did not disclose the strategy saying that Prime Minister Shehbaz Sharif will soon announce this strategy as it is his prerogative.

Talking about his government’s negotiation with the International Monetary Fund (IMF), Musadik Malik said that they have agreed with the IMF on certain grounds and the process to sign an agreement will be made soon.

Responding to a question regarding gas import, Musadik Malik said we want Pakistan to be an open market, where everybody can do business through a competitive process and we want the same in the LNG sector. Some international companies want to establish Liquefied Natural Gas (LNG) terminals in the country and we are looking into this. However, he made it clear that our government is not ready to give any capacity charges to anyone for establishing the LNG terminal.