The case against sovereign default 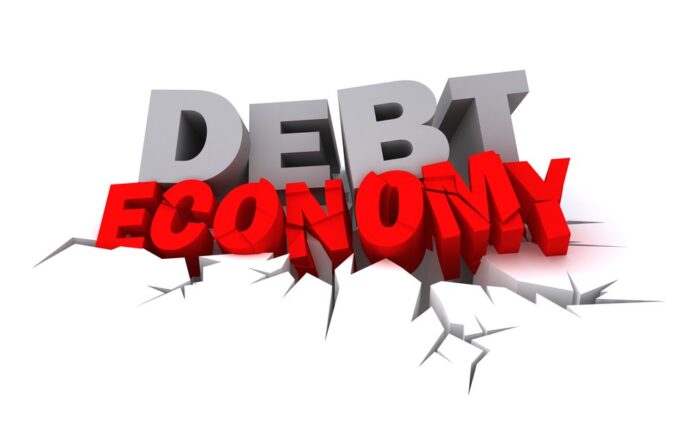 Groundhog Day is now a preferred reference point for the economic cycle in Pakistan, with each crisis largely resembling the previous crisis, and a government that refuses to learn from its mistakes.  Another facet of this Groundhog Day is the noise regarding sovereign default that starts emerging as soon as we get close to the peak of a balance of payments crisis.  Despite all such noise, Pakistan has never been in default on its sovereign debt, except for a technical default that occurred in the late 90s due to sanctions that were imposed on the country following nuclear tests.

A sovereign default occurs when a sovereign nation is not able to pay back its creditors, whether the interest or principal amount as per its commitment.  Pakistan has been an active borrower from the capital markets, but relative to total external debt, debt from global investors or commercial loans is about17 percent of total external debt.  It is important to understand the composition of Pakistan’s debt position here.  Roughly 63 percent of debt is PKR based, which means it is domestic debt, from the population and institutions of the country, largely through banks, who utilize individual and institutional deposits alike to invest in government debt.  The sovereign can’t really default on this, as it can theoretically print more currency, and repay earlier PKR based creditors.  Although it may not default, but if it makes a habit out of this (which it has), then the logical consequence is inflation, which means higher prices for everyone.  Printing money to solve problems isn’t really the optimal solution here.

37 percent of our total debt is in FCY (mostly US$).  Further breaking down external debt, 57 percent of external debt is due to multilateral institutions, 24 percent is due to other sovereign nations (mostly friendly), while another 17 percent is due to private investors through Eurobonds, Sukuks, and Commercial loans.  Multilateral institutions have rarely (if ever) called on a default, they negotiate with the borrowing country, no matter how stubborn, and eventually work out a restructuring plan.  Similar to what happens in our case with the International Monetary Fund (IMF) on an average of every three years in the last half century.  Debt due to other sovereign nations is more an extension of the relationship that exists between the sovereigns.  It can either be rolled over, or repaid, depending on the stage of camaraderie that exists at that point in time.

If history is considered a guide, a sovereign nation can get its debt repaid through a number of violent and non-violent actions, here is to hoping none of that happens and we can maintain camaraderie with various nations, who keep on rolling over our debt.  This time is slightly different though – none of the friendly sovereign nations are willing to extend any fresh debt, or rollover, till we get the IMF program in place, which means till we agree to ensure some kind of fiscal and monetary discipline, for a change.

Finally, it is the private investors subscribing to the country’s debt who may call on a default in case of an interest or principal payment is not made.  These private investors need to be the first ones to be paid, and it is estimated that the country needs to pay US$ 3.1 billion to these investors during the current year.  A sovereign with a GDP of more than US$ 380 billion, which has posted growth rates to the north of 5 percent during the last two years isn’t really going to default on an amount less than 1 percent of its GDP, or just about equivalent to a month of remittances.  This is more of a liquidity issue, rather than a credit issue.  Rapid rise in commodity prices after the pandemic, as well as geopolitical volatility has put budgets of countries around the world under strain, particularly of commodity importers.

Lack of decision making on the sovereign front, and absolute chaos in terms of certainty is a bigger problem here.  The recent removal of fuel subsidies after more than three months of a fiscal disaster has signaled to the market, and to the lenders that decisions are finally being taken, which will eventually push inflation to the north of 20 percent for a few months, but would stave away a fear of default, and eventually create an environment of macroeconomic stability – till the next time someone goes ballistic with an expansionary monetary and fiscal policy.

Pakistan has had much severe crises over the last three decades, the current crisis pales in comparison to many of those.  A resolution of the decision-making crisis and a much-needed consensus among all political and non-political actors would stave away any risk of sovereign default.  If the country continues to inch towards a default this time around, it would solely be a consequence of the current political crisis, in addition to consistently bad policy making during the last fifty years.

Facebook
Twitter
Linkedin
WhatsApp
Email
Previous articleStartups beware. The worst is yet to come
Next articleTough reforms ahead